I Once Signed an Abstinence Pledge and Wore a Purity Ring; Now, I’m a Sex-Positive Former Christian February 27, 2015 Hemant Mehta

I Once Signed an Abstinence Pledge and Wore a Purity Ring; Now, I’m a Sex-Positive Former Christian

This is a guest post by Brittany Machado. She is the producer of the documentary film Give Me Sex Jesus. 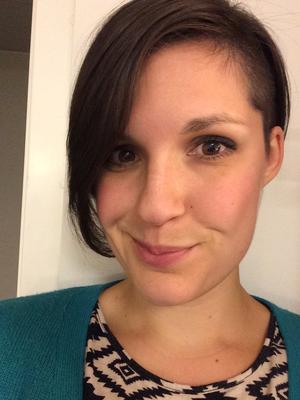 I used to be the poster-child for Evangelicalism.

They called me “Bubbly Brittany” because I was always so happy. You name it, I did it for the church: taught Sunday school, went on mission trips to impoverished countries, evangelized at my public high school, sang in the church choir…

Despite all this, the ladies at church warned me I was too independent and not feminine enough; I needed some security about my familial future. So, I took an abstinence pledge and donned a purity ring. I believed that, through this commitment, Jesus would bless me with the perfect husband and the perfect sex life — if only I could wait.

Meanwhile, I was making out with my boyfriend in his truck while trying to pretend he didn’t have a boner.

The demands of purity were both stringent and murky. Was kissing okay? I knew it was a slippery slope… And how about brushing by the front of my boyfriend’s pants?… sin or innocent curiosity? This uncertainty created a lot of stress as I felt a major impetus to do things “right.” Some of this dissonance came from my personality, but a lot of it came from trying to maintain my holiness and, more importantly, my social status within the church. I was a smart girl, an overachiever with a major eating disorder: bulimia. The fantasy of perfection created by purity culture puts an inordinate amount of pressure on girls. The desire to be the perfect wife, both spiritually and physically, fed the bulimia that almost killed me, and for years I felt I couldn’t tell anyone about it.

Flash forward to college. Despite scholarship offers from top schools, I decided to go to the small, conservative Azusa Pacific University. The plan was to become an elementary school teacher and serve the church for the rest of my life. My sophomore year I studied abroad in Oxford, England. Here, in the city of malted hops and Dreaming Spires, I discovered the ability to think critically and I found out that people liked the imperfect me.

It’s where I began to realize a lot of what I believed in was a fantasy.

When I returned from Oxford, I was hired into an office on campus where students were actively deconstructing the university. I learned about the intersectionality of race, gender, and class from some amazing professors. I discovered that the Christianity I knew was more like an exclusive club and not everyone was welcome. I joined protests and walk-outs and started challenging the power of the institution on issues at the center of gender inequality, race/ethnicity disparities, and (in my senior year) the university’s massive resistance to finally legally adding “homosexuality” to the non-discrimination clause. In other words, we wanted gay and lesbian kids to be safe from being expelled if they displayed “homosexual affection.”

Somewhere around this time I broke my vow of purity.

I lost my virginity to a real asshole. Nothing about our sexual relationship was pleasurable. However, one important thing came from that experience: the morning after my first sexual encounter, I realized, “I’m not burning in the fires of hell!” I wasn’t wracked with guilt… My face wasn’t clouded by sin… In fact, my roommates didn’t even know we had sex. Nothing about me was different.

And this changed everything.

If my faith were a Jenga tower, then this brick of sexual truth was pulled from the bottom of the stack. From there everything started wobbling a bit. As I became less rigid about sex, I began asking more questions (and this is a dangerous thing for devout Christians). I dated, had better sex, began hanging out with non-Christians, and began to feel comfortable in my own skin for the first time.

After college, I went to the University of Chicago for grad school where I studied Evangelicalism and sexuality from the perspectives of sociology, economics, religious studies, history, and anthropology. I was interviewing people from all over the U.S. about their sexual and religious identities. They told me secrets they had never shared with anyone before, revealing the kind of stuff church leaders hope their congregants avoid because it’s dark, funny, tragic… and honest.

As I processed all these stories, I hit a breaking point with my own religion — my own identity. On a snowy night inside my cozy studio apartment, I called my best friend and told her I didn’t think I was a Christian anymore. The Christianity I knew became incompatible with everything else I knew about the world. But I wasn’t ready to abandon the community that I had spent my whole life building.

In 2011, I moved back to Los Angeles and was introduced to a filmmaker (Matt Barber) who brought me on to consult for a short documentary about Evangelicals and sex. He was in a very similar place as me: uncertain about the church teachings he was raised with and struggling to find his place in that world.

More than three years later, we are finally finishing (what is now a feature length film) Give Me Sex Jesus. It is a film about Evangelicals and sex within the modern American purity movement. The film was a process of catharsis as both Matt and I figured out how to leave our Evangelical identities and embrace a truer version of ourselves.

Today I am no longer a Christian and I am no longer religious; I suppose I am Agnostic, but I am currently ambiguous about my label. I still deeply care about those who remain within Christianity; sometimes I miss the built-in community and rituals of the Church. The Church raised me and gave me so many good things. But today I feel so coherent, more so than I ever did as a Christian. My body, soul, and mind are no longer in competition as part of some cosmic trial. And for this I am extremely grateful.

February 27, 2015
Christian Missionary Proud that She Rescued Someone from the Horrors of Catholicism
Next Post