Merve Buyuksarac was crowned Miss Turkey in 2006. Now she’s back in the spotlight — because a Turkish prosecutor wants to teach her a lesson for having allegedly insulted President Recep Tayyip Erdoğan with an Instagram picture.

Buyuksarac’s lawyer told reporters that an Istanbul prosecutor is attempting to take Buyuksarac to court for insulting a public official. If found guilty, she could face up to two years in prison.

While the post has since been deleted, Hurriyet Daily News describes it as a satirical text titled “The Master’s Poem.” …

Insulting the Turkish leader has become a risky proposal since Erdoğan made the leap from the prime minister’s office to the president’s office last year.

On this score, I beg to differ with the Washington Post. Even as prime minister, Erdoğan’s skin was always as thin as cigarette paper. I wrote about that ten years ago. And again. And again.

Here, via the Telegraph, is the current scope of how censorious this ridiculous man and his judicial cronies are: 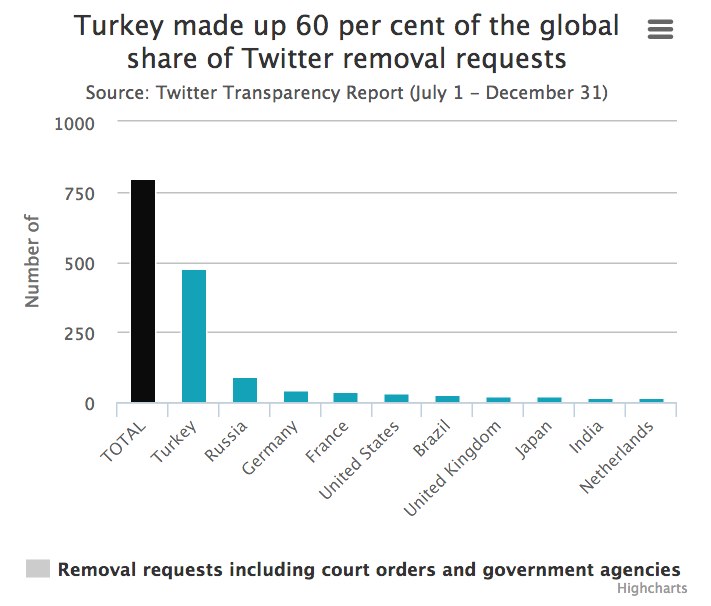 And the same thing, by another yardstick:

More than 60 people have been charged for their mockery of Erdoğan since August: Just a couple of months ago, a 16-year-old high school student was arrested after making a speech in which he described Erdoğan as “the thieving owner of the illegal palace.” …

Journalists are one notable target, with many arrested over the past few months. Now former beauty pageant queens with large social media followings are apparently at risk too. A court will soon decide whether to pursue the case against Buyuksarac. Meanwhile, Erdoğan repeatedly talks of his country’s “expanding freedoms.”

I wasn’t able to find a translation of the satirical poem/picture that got Buyuksarac in trouble. If you can provide it, please share in the comments.

February 27, 2015
GOP Congressman, a Leader in the House Science Committee, Admits He Didn't Vaccinate His Children
Next Post