Greg Epstein, the Humanist Chaplain at Harvard University, was recently invited to join Boston Mayor Martin Walsh’s inaugural Interfaith Advisory Task Force. Regardless of how you feel about interfaith work or the need for such a task force in the first place, I’m glad he had a seat at the table. 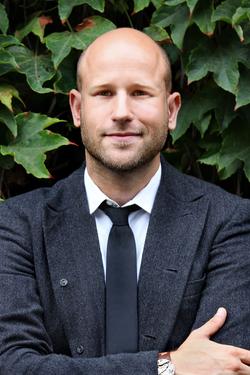 Epstein gave the closing remarks at their meeting last night and I thought his words, referencing the recent shootings in Chapel Hill, were worth restating here:

You may have heard of the brutal killing of three honor students at the University of North Carolina. Deah, his wife Yusor, and her sister Razan were planning a trip to Turkey to provide emergency dental services for Syrian refugees. The day after they were killed I found myself staring at Deah’s Facebook profile picture: in his wedding tuxedo and Nike’s, palming a basketball. He wasn’t just a devout Muslim, he was a face of what is good in America.

Then I learned their killer and I had 27 mutual friends on Facebook. He considered himself part of my extended community. It sickens me that this terrorizing murder — likely a hate crime — seems motivated by the perversion of values I hold dear. The story of the Chapel Hill shootings hits home here in Boston, and for all of us. Any of our teachings can be misused. Any of our community members could be senselessly harmed. Such is the rough side of our single garment of destiny.

But by working together, forging friendship amidst our differences, we can inspire redemptive hope in those around us. If we embrace one another, we can model the message that a stranger on the street will offer a hug and help rather than harm.

For what it’s worth, there’s still no evidence of it being a hate crime. The killer appeared to have issues that went far beyond Islamophobia or a difference in theology. But I’m also disturbed by the fact that we shared mutual friends and he liked my Facebook page. Not because I think he was led to murder as a result of any of that, but because it wasn’t enough to stop him.

If there’s anything we can take away from this senseless tragedy so far, it’s that we can always do more to emphasize the values of Humanism. We can’t always prevent individuals from harming others, but we can make it abundantly clear that, as the Humanist Manifesto declares, our “differences are resolved cooperatively without resorting to violence.”

February 26, 2015
A Glimpse Inside a Secret Mormon Temple Endowment Ceremony
Next Post