You know what you should do when you have a national problem involving a complexity of economics, politics, and healthcare?

Look to the stars.

A [British] Conservative Member of Parliament has claimed that astrology could have “a role to play in healthcare.”

David Tredinnick said astrology, along with complementary medicine, could take pressure off NHS doctors, but acknowledged that any attempt to spend taxpayers’ money on consulting the stars would cause “a huge row.” 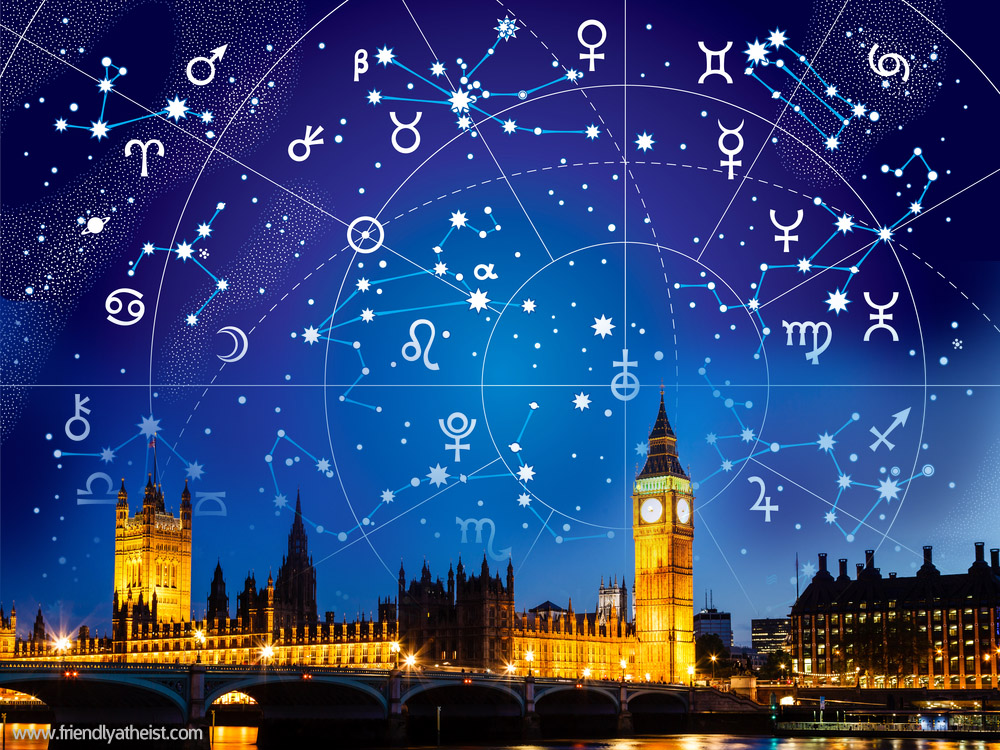 He criticized the BBC and TV scientist Professor Brian Cox for taking a “dismissive” approach to astrology.”

Treddinick is a longtime advocate of reading the heavens, and it’s gotten him in trouble before. In 2010, after a furor, he paid back an expense claim of £755 ($1,163), money he had spent on software that uses astrology to diagnose medical ailments.

[He] told Astrological Journal: “I do believe that astrology and complementary medicine would help take the huge pressure off doctors. Ninety percent of pregnant French women use homeopathy. Astrology is a useful diagnostic tool enabling us to see strengths and weaknesses via the birth chart.” …

“Astrology offers self-understanding to people. People who oppose what I say are usually bullies who have never studied astrology.”

The MP is a Capricorn, a star sign signifying that he is “practical,” “pragmatic,” “common-sensical,” “realistic,” “mature,” “down-to-earth,” “sensible,” “scrupulous,” and “responsible.”

(Photo illustration by Terry Firma for Friendly Atheist. Thanks to Graham for the link.)