Expert in HBO Scientology Documentary Says the Church Can No Longer Afford to Sic Investigators On All Its Critics February 25, 2015 Terry Firma

Reporting critically on the Church of Scientology used to be a dicey proposition. If you tried, Scientology’s shady chieftains were likely to sic private investigators and a phalanx of lawyers on you, who operated with such lack of restraint that the experience could feel like something between death by a thousand paper cuts and a full-blown bid to drive you insane.

As Joe Nocera writes in the New York Times,

Going on the offensive against its critics is part of Scientology’s doctrine, handed down by its founder, L. Ron Hubbard. “It is the antithesis of turning the other cheek,” says Marty Rathbun, a former high-ranking official who left the church in 2004 and has since been subjected to Scientology harassment, as the film documents. It also retells the story, first reported in the New York Times, of how, in 1993, Scientology won a 25-year fight against the Internal Revenue Service, which had refused to grant it nonprofit status. Scientologists filed several thousand lawsuits, against not just the I.R.S. but individual I.R.S. officials, and hired private detectives to look for dirt and conduct surveillance operations.

Obviously, journalists came in for special Church scrutiny. But maybe scrutiny isn’t the best word to describe the terrifying ordeals visited upon some members of the press.

One of the first journalists to take on Scientology, in the early 1970s, was a young freelance writer named Paulette Cooper. Scientology’s retaliation was astounding. It framed her for supposedly sending bomb threats to the church. The documents it forged were so convincing that she was indicted in 1973 and was fully exonerated only when the F.B.I., acting on a tip, raided Scientology offices and discovered the plot against her in 1977. 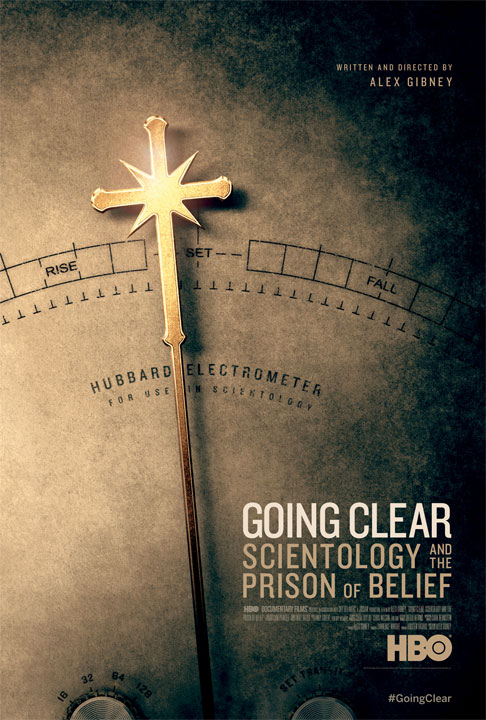 Decades of improper and aggressive behavior followed, but in the last six or seven years, Scientology’s infamous litigiousness has mellowed into mere hyper-vigilance. The St. Petersburg Times published an unflattering series about the faith in 2009; no lawsuits were filed. Vanity Fair, CNN, and the BBC all did muscular reports on Scientology, and although the Church cajoled and complained, its strategy was no longer an attempt at judicial annihilation.

Why the change? Nocera paraphrases Marty Rathbun, who says that

… with more people leaving and talking about the church, [the Church of Scientology] no longer has the resources to sic private eyes on all its critics. He also thinks the Internet has hurt the church, because it is far easier to find out information about it — and many of its supposed secrets are posted online for all to see.

On March 29, HBO will debut Alex Gibney‘s documentary Going Clear: Scientology and the Prison of Belief, which is based on the book by Lawrence Wright. Wright says that it’s no longer necessary to fear Scientology’s legal might, which is also Nocera’s central point. But it seems to me that vestiges of that fear will be with us for some time.

First of all, it isn’t clear (ha) whether Scientology honchos have seen the film. Regardless, depending on the final cut, the Church still could sue.

Less speculatively, bold coverage of Scientology still requires the deep pockets of big organizations. As noted on this blog, HBO Documentary Films President Sheila Nevins told the Hollywood Reporter a few months ago that HBO had about one hundred and sixty lawyers poring over every minute of Gibney’s film — hardly an indication of fearlessness. If they all worked a mere eight hours and billed at $350 an hour, which is not an uncommon fee for a big-city attorney, the cost of vetting the documentary would have approached a half a million dollars.

The good news is that the Gibney film should be factually unassailable, in which case it’ll be a powerful tool to drive additional nails into Scientology’s coffin.