No Women Allowed at This Church Event… Unless They’re Serving the Men February 23, 2015 Hemant Mehta

***Update***: Pastor Shane Callicutt said this in the comments, but I wanted to highlight it here:

I hope I can explain this without getting creamed. I’m the guy who made that poster and I’ll put myself out here as the scapegoat. First of all I’m not a sexist, and neither is my church. We have been doing this event for over 20 years and the ladies of our church have a women’s events all the time as well. This was intended as some good natured humor between the men and women of our church. If you don’t attend here, you miss the context. The only thing I am guilty of here is being dumb enough to put it on Facebook. I’ll take my lumps for that one.

As for what got said in the actual FB post, men do most of the cooking and preparing of the meat and the ladies come in to assist and, yes, do much of the baking. I don’t know what else to say about that. I made the change to make it more specific to what we were needing.

And our ladies have gladly volunteered. They know a joke when they see one… Even if it is a bad one.

I told him this privately via email, but I’ll say it publicly here. Even if it was a joke, it perpetuates a really nasty stereotype — one that certainly runs rampant in church culture — that women have a specific role and it’s subservient to men. A church leader (all leaders, really) should work to fix that, not keep it going.

He didn’t have to fess up to creating the poster in the comments section here, so I appreciate his honesty on that end. But I disagree that the biggest problem here was putting that poster on Facebook. The problem is the mindset that led to the joke. It’s not like the atheist community is so great on that front, but at least we can recognize the issue. If nobody at this church saw the poster as a problem, maybe the pastor needs to address that.

But their promotional poster could use a little tweaking… 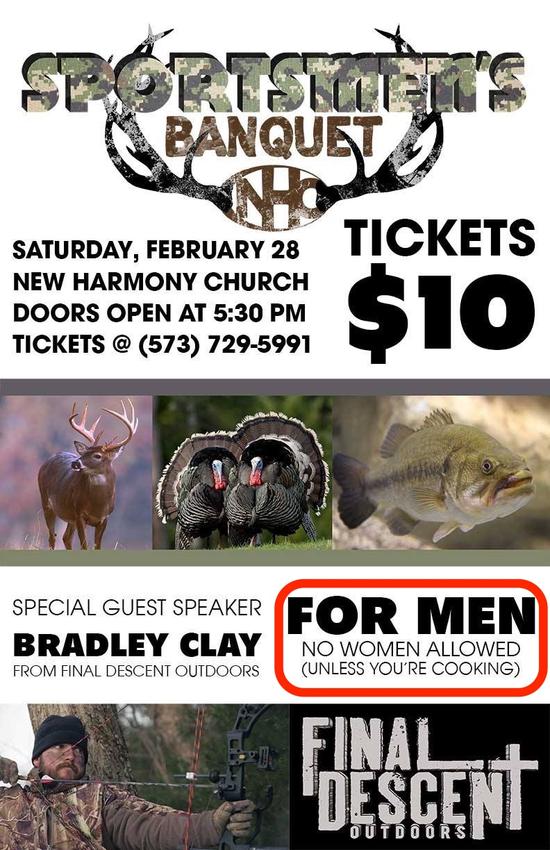 What bothers me is that I don’t think that’s just an awful attempt at humor. I think they mean it.

Here’s why I don’t think it’s a joke: Look at the Edit History of the Facebook post promoting the event: 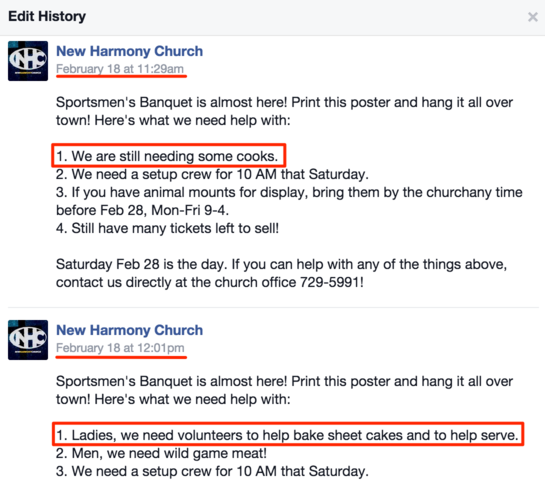 They literally changed a line that said “We are still needing some cooks” to one that said they needed women, specifically, to “help bake sheet cakes and to help serve.”

Because that’s all women are good for at this church.

February 23, 2015
If Your County Seal Includes a Giant Christian Cross, Then It's Time for a Redesign
Next Post