PSA: Pastor Kindly Reminds You That the Missionary Position is the Only One Approved by God February 21, 2015 Terry Firma

PSA: Pastor Kindly Reminds You That the Missionary Position is the Only One Approved by God

God, apparently, is very particular about how man parts and lady parts fit together. There’s only one right way, and lots of wrong ones. Luckily for us, one of His representatives on Earth, Nigerian-born Pastor Olugbenga Oladejo of the end-time Complete in Christ Church in Peterborough (U.K.), is willing to explain it in some detail. On video.

He says that the only permissible sexual position is the missionary position: “Missionaries of old who taught their converts about true holiness would teach them that in the marriage bed, face to face with the husband on top is the only position that God has sanctioned. That is a landmarker or boundary stone that was laid by people before this evil generation was born that you and I who live today are a part of … We have moved that stone, so we could try new things to fulfill our lusts.” 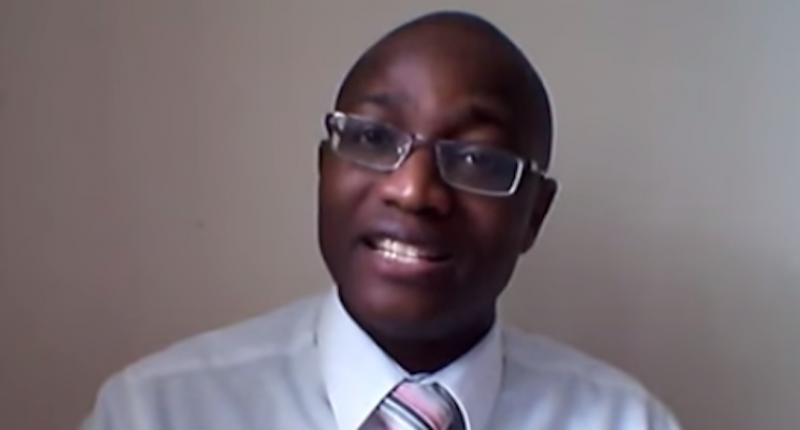 And it’s not just doggy-style or oral sex that will cost you and your partner paradise.

The Complete in Christ Church takes a strong line against “worldiness” in dress and appearance. Women are not to wear trousers or jewelry, and its website says that “All forms of hair styles that glorify the world or draw attention of others to a female or male sexual parts are evil and wicked before the Lord.”

Oladejo says he was given the sex-position instruction in a vision from God, who showed him in vivid color what will happen to those who like to get creative in the bedroom. There was

Sounds kinky. But let’s not get too excited.

“You’ve never heard this kind of moaning before… it was of the animal. … And I saw demons, creatures of darkness, they take pleasure in cutting human flesh… they will start with the most painful parts.”

What about pleasuring yourself? Don’t even think about it. The demons will cackle delightedly as they take you away to an eternity of pain.

In that case, I’ll see you all in hell. I have a sneaking suspicion that pastor Oladejo, who is after all a man with a most feverish imagination, will eventually be there too, straight of back but stiff of sock.

February 21, 2015
When It Comes to Accepting Evolution, Republicans Are an Embarrassment
Next Post