Kalamazoo police say the suspect who set the fire that destroyed an adult store did it in an effort to eliminate pornography from his neighborhood.

The fire broke out at Hollywood Nights on S. Westnedge near Whites Road late Wednesday afternoon. By the time it was out, the building had been leveled. A man who was seen by witnesses leaving the scene of the fire carrying an ax was later arrested after leading police on a brief car chase and then crashing. 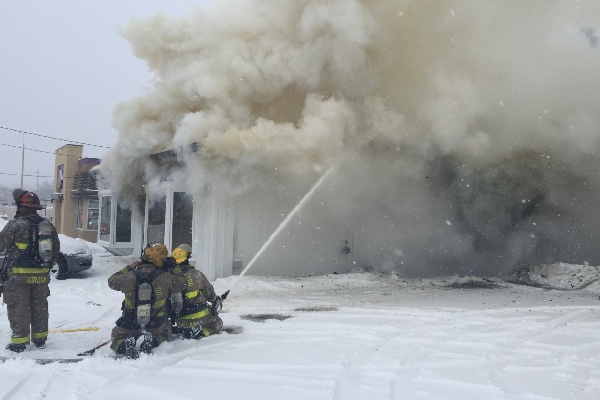 According to a local TV broadcaster,

A GoFundMe account has been set up for the adult shop and contains a statement apparently from the owners.

“He believed he was serving as god on a mission to not only destroy the business but to murder any employees and customers in the building. Thankfully for weather-related reasons we decided to not go into our family business this day.”

However, the current version of that GoFundMe page no longer makes any mention of Hapner having intended to kill anyone, or having acted under the delusion that he either was God or was serving God.

The truth should come out at trial. Hapner has one prior conviction, from 1991, for misdemeanor assault. He is next expected to appear in court on March 10.

February 21, 2015
Since the Catholic Church Won't Do It, Let's Help These Nuns Living in a Freezing Church Because Their Boilers Died
Next Post

February 21, 2015 When It Comes to Accepting Evolution, Republicans Are an Embarrassment
Browse Our Archives
What Are Your Thoughts?leave a comment