If you listen to the Christian far right, Dearborn (Michigan) is a terrifying Islamic haven within our borders, governed by Sharia Law and ruled by extremists. It would not be unexpected, if such a thing were true, to hear of a judge who essentially proselytized from the bench, and fired the employee who blew the whistle on his illegal actions.

As it happens, there is a judge in Dearborn who did just that. But he isn’t Muslim — which probably explains why all the people who are worried about a caliphate in Dearborn seem to have been snoozing when the latest ruling in this case was handed down.

You see, the judge in question, Mark Somers (below), is a Christian. His misconduct included sending official correspondence on letterhead that quoted the Bible and incidents of “literally preaching from the bench,” according to the court clerk. Based on these behaviors, another employee, Julie Pucci, filed a complaint against Somers. 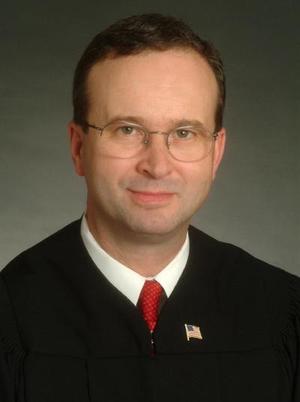 … Some time later, after Somers was promoted to chief judge of the court, he fired Pucci.

Based on these facts, a federal jury awarded Pucci over $730,000 in compensatory and punitive damages…

On Friday, a federal appeals court upheld this decision. As the appeals court explained, Pucci “had a strong interest — as a citizen — in alerting the [state agency] to Somers’s conduct on the bench, which ‘implicates the propriety and legality of public, in-court judicial conduct.” This interest trumped any interest Somers may have had in removing a court employee that he had tense relations with.

This ruling is, obviously, good news for Pucci. It doesn’t prevent Judge Somers from future proselytizing and retaliatory behavior, but at least judges elsewhere aren’t willing to let the behavior slide.