Neurologist and Author Oliver Sacks Is Slowly Dying. True To Himself, He Wrote A Beautiful Piece About It February 20, 2015 Terry Firma

Neurologist and Author Oliver Sacks Is Slowly Dying. True To Himself, He Wrote A Beautiful Piece About It

Oliver Sacks, who is to neuroscience and psychiatry what Carl Sagan was to astronomy and astrophysics, is staring into the maw of death. Cancer has already taken over a third of his liver, and it is certain the disease spells the end for the famed neurologist, now 81, who took us on many a wondrous trip through the marvels and terrors of the human mind.

A prolific, consummate chronicler of other people’s states of mind, he’s now written about his own in what are literally his dying days.

Since hearing his prognosis, Sacks says,

I have been able to see my life as from a great altitude, as a sort of landscape, and with a deepening sense of the connection of all its parts. This does not mean I am finished with life.

On the contrary, I feel intensely alive, and I want and hope in the time that remains to deepen my friendships, to say farewell to those I love, to write more, to travel if I have the strength, to achieve new levels of understanding and insight. 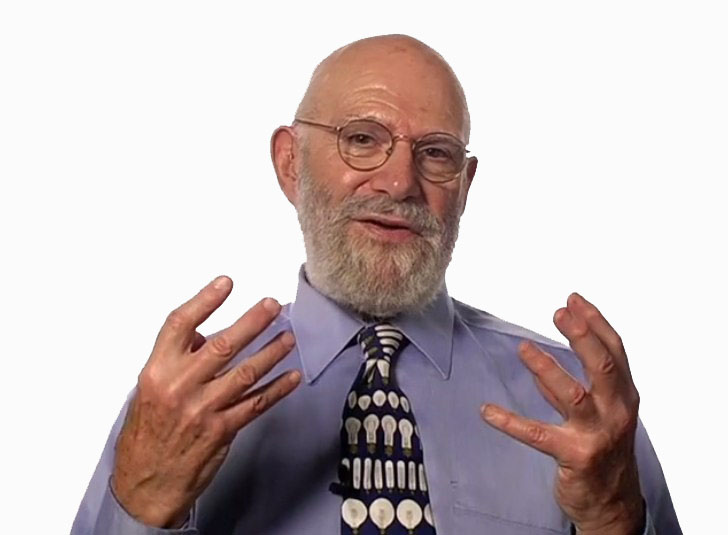 This will involve audacity, clarity and plain speaking; trying to straighten my accounts with the world. But there will be time, too, for some fun (and even some silliness, as well).

I feel a sudden clear focus and perspective. There is no time for anything inessential. I must focus on myself, my work and my friends. I shall no longer look at “NewsHour” every night. I shall no longer pay any attention to politics or arguments about global warming.

This is not indifference but detachment — I still care deeply about the Middle East, about global warming, about growing inequality, but these are no longer my business; they belong to the future. I rejoice when I meet gifted young people — even the one who biopsied and diagnosed my metastases. I feel the future is in good hands.

He is not without fear, he concedes,

But my predominant feeling is one of gratitude. I have loved and been loved; I have been given much and I have given something in return; I have read and traveled and thought and written. I have had an intercourse with the world, the special intercourse of writers and readers.

Above all, I have been a sentient being, a thinking animal, on this beautiful planet, and that in itself has been an enormous privilege and adventure.

What’s missing from this, and for good reason, is any mention of God or an afterlife. Sacks is an atheist, he explained years ago:

I grew up in a Darwinian world, and I was very startled when I came to the States and found that millions, millions and millions of people didn’t believe in evolution. I still am profoundly perplexed.To proclaim that one doesn’t believe in the evolution, I think, that would label one as an idiot in most of the civilized world; certainly in Europe.

Growing up in Europe, it was our feeling the world would become more and more secular. And now, of course, as the world stands, [we have] mad, dangerous fundamentalism on all sides. Who would have thought that the 21st century would dissolve into religious conflict?

I’m a sort of quiet, old, Jewish atheist. I’m not a militant atheist. I don’t sort of argue about things like Dawkins and Dennett and Sam Harris. I quite like their books, but I’m not militant by nature, and I’m not very argumentative by nature. And if people want to believe, well, then that’s their business.

What concerns me is when belief is used to influence and corrupt educational politics. And that seems to me monstrous — that creationism, or so-called intelligent design, is taught next to evolution or instead of it. And I do think it is almost is a form of madness.

Oliver Sacks has been a part of my life — of many people’s lives, I’m sure — without fully knowing it. His books, and his essays for the New Yorker, were always a delight, shot through with intense curiosity and erudition — and also with an almost voracious humanity and a rare, quiet, old-world wit.

In the late 1980s, I had the great pleasure and privilege of interviewing him at length, in his unassuming home in the City Island section of the Bronx, NY. I am sorry to say that I don’t recall much about my questions or, worse, his answers (I’ll try to dredge up our exchange from the depths of the magazine’s pre-Internet archive), but I do remember four things vividly.

His beard was wet because he’d just taken his daily swim in City Island Harbor.

For lunch, which we had at his kitchen table, he introduced me to gefilte fish, heaped on bread, and spooned directly from a cellophane-covered plate that his housekeeper had left for him in the fridge (Sacks lived alone and has been celibate for decades).

I also remember asking him what the sign over his fax machine meant, a piece of paper with the word NO on it in big black letters. He said he’d put it up to remind himself that, in the interest of managing his time, it was OK — indeed, imperative — to reject requests from strangers. His face beamed appreciatively when I said that, considering my presence, I was sorry that it didn’t seem to be working very well.

Finally, I recall that I got a hand-written thank-you note from him some time after our interview. It started with my first name and the gentlemanly, parenthetical “(if I may).” I have since, in writing, used the same form of address with new correspondents when it seemed appropriate — and every time I did, I had the briefest of flashbacks to Dr. Sacks.

Last month, he crept into my consciousness again. My oldest daughter, who is 12 and a reader of gargantuan appetites, is perhaps too old to still be read to at bedtime. I hadn’t in a while. But when, for reasons I can’t remember, I brought up Sacks’s 1985 book The Man Who Mistook His Wife For a Hat, something piqued her curiosity; and at her request, I’ve been reading her the case studies from that marvelous work, as she snuggles next to me, wide-eyed with amazement and fascination.

For Sacks, the time for goodbyes is near. I haven’t one hundredth of the great neurologist’s way with words, so this will have to do:

Dear Oliver (if I may) — Through your books and articles, you have touched even more lives than you did as a scientist and physician. That will continue, as younger generations become familiar with your work. I imagine there’s no greater satisfaction or honor for a writer. Few authors I know deserve this as much as you do. Thank you.

February 20, 2015
Pastor With One Kidney, No Spleen, a Partial Pancreas, and Seizures, Credits God After Surviving Decades of Tumors
Next Post

February 20, 2015 South Dakota Republican Thinks Planned Parenthood is Worse Than ISIS
Browse Our Archives
What Are Your Thoughts?leave a comment