Mr. Deity and the Shellfish Gene? Ken Ham’s Not Laughing

Recently, Mr. Deity bumped into Richard Dawkins. It was a case of mistaken identity, but no one’s perfect — not even God — and the results really were quite funny. At least, I thought so. 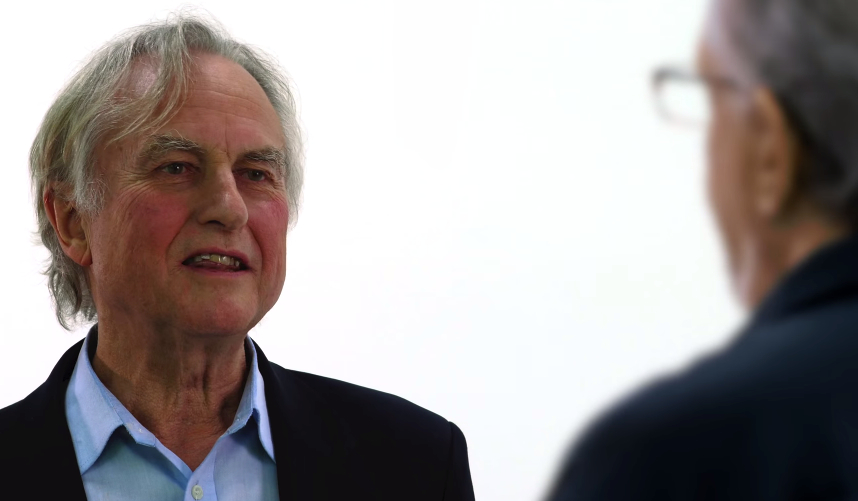 Answers in Genesis’ Ken Ham was less amused. In a response to the video, Ham spends some time explaining that the video is “very” and “clearly” mocking faith. There’s more to it than that, but let’s not quibble: so far, he’s off to a decent start.

After establishing that (and, presumably, once readers have fetched their smelling salts), Ham delves into particulars. He quotes Dawkins’ comments to Mr. Deity, as he argues that a god isn’t necessary to explain existence. This, according to Ham, is because evolution is just another faith-based belief.

Dawkins claims that evolution has destroyed any need for God because we don’t need a Creator to get us here because everything can be explained naturalistically. Really, Dawkins has placed his faith in his religion of evolution and millions of years.

Which makes sense, if you think that a well-established scientific theory is more or less the same thing as a baseless claim about the supernatural. At any rate, Ham moves on to discuss the imaginary divisions in science between “historical” and “observational” science, and what he sees as a “bait-and-switch” on Dawkins’ part, in refusing to pretend such a division exists. But, eventually, he gets to the crux of the matter:

Now, needless to say, there are millions of Christians (including the Pope) who believe “God’s word” in Genesis — they just interpret it differently than Ham. Ham would say they are wrong, of course, but they would argue that he is wrong. People can and do draw different interpretations, while maintaining the same reverence for the text.

But Ham’s fear here is important: if evolution occurred over long stretches of time (and is still occurring), he seems to think that the Bible cannot be trusted. For a man whose faith is so strong that no evidence that contradicts belief could change his mind, it’s unsurprising that he insists the theory of evolution as we know it must be wrong. It’s also not terribly surprising that he assumes that people who don’t see the world his way must just be bad people.

I submit that Dawkins is shaking his fist at God, because he refuses to submit to His Creator and recognize it is God who sets the rules. He refuses to acknowledge that man is a sinner in need of salvation. And because God has made it evident to us all that He exists and has written His law in our hearts (Romans 1 and 2), Dawkins is, in essence, putting his hands over his eyes and his hands over his ears. He is really shouting at God saying, “I refuse to see. I refuse to listen!” How we need to pray for this very lost soul!

I think we’re seeing some spectacular projection here. Ken Ham has boxed himself into a narrow view of religion that directly conflicts with science. He believes that any compromise between the two will destroy religion (the Pope will be disappointed to hear that…), and so he has spent years trying to promote a laughable, scientifically inaccurate alternative interpretation of the facts. He accuses Dawkins of something similar in regard to religion, but the fact is that Richard Dawkins’ view of science could account for a god, if the evidence suggested it.

God seems unnecessary to the process of evolution, and, through the application of Occam’s razor, unlikely. But Dawkins does not argue that science absolutely rules God out. Ham, on the other hand, argues that God absolutely rules evolution over millions of years out. And, believing evolution to be the undoing of religion, he devotes himself to the futile task of disproving established science… while imagining ulterior motives in those who acknowledge the overwhelming evidence that supports evolutionary theory.

If prayers worked, I think it would be Ham who needed them…

February 19, 2015
A 10-Hour Walk Through Paris Wearing a Yarmulke Yields... Not Very Much in the Way of Overt Discrimination, Actually
Next Post