An African-American Atheist is Running for a California State Senate Seat as a Write-in Candidate February 19, 2015 Hemant Mehta

Last November, California State Senator Steve Knight was elected to the U.S. Congress, obviously requiring him to vacate his State Senate seat. But because he wasn’t up for re-election, that meant a special election had to be held in the Antelope Valley area to find his successor.

That special election, which takes place on March 17, currently has only one candidate in the race: Sharon Runner. She’s a Republican who, not coincidentally, was in the State Senate until Knight beat her in the 2008 elections. (Looks like she wants her seat back.)

The fact that only one candidate is in the race has prompted Steve Hill (below) — an African-American atheist known in our community for his stand-up comedy — to run as a write-in candidate: 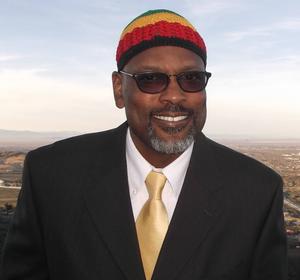 It’s not a joke. He’s really running. (His policy page, in case you’re wondering, doesn’t mention anything about religion.)

Having lived in the Antelope Valley for 24 years, I am sick and tired of the lip service so many politician gives [sic] me and every citizen, promising us the world and delivering on nothing. I believe that if you really want to improve your community, you have to get involved and stand up for what you believe in. That leadership requires one to step up to the plate. In the special election for my local State Senate seat, there is only one candidate on the ballot. In America we don’t have coronations, we have elections that require a vigorous debate on the issues. It’s why I’ve decided to run a write-in campaign for State Senate.

Will he win? I’ll go out on a limb and say… no. He has pretty much everything going against him: He’s an atheist, he’s not on the ballot, he’s entering the race late to the game, he doesn’t have political experience, etc.

But he’s also taking some initiative and that’s more than I can say for everyone else. If local media pays some attention to him, at least there might be some meaningful discussion on the issues and the candidates’ differences of opinion.

It’s not the first time unknown candidates ran for higher office in California, even if they had no real chance of winning, just to draw attention to their ideas… or themselves.

You can make a donation to Steve Hill here if you’d like.