A Group for Secular Survivors of Abusive Relationships

I posted before about a new non-profit group called Secular Avenue, which will help non-religious people in tough situations get the support they need. 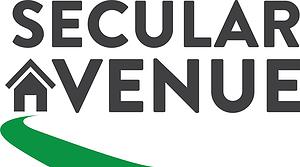 To that end, they’ve just launched a Facebook group called “Secular Survivors” for people who are leaving abusive relationships:

There is significant evidence that the act of telling your story in a safe, nonjudgmental space and being able to process grief with others who have also been through trauma can be key in healing and gaining the self-esteem and self-efficacy to begin thriving. For people with no or few social supports or people whose friends or family don’t know about their abuse or have been judgmental about their abuse, a support group can be crucial to help them move forward on a path toward a better future.

Unfortunately, finding unbiased, nonjudgmental support might be challenging or even impossible for members of the secular community. To fill this gap, Secular Avenue is pleased to announce a new Facebook Group: Secular Survivors. We have created a safe, confidential, secular space for survivors of all types — those leaving violent relationships, homes or religious communities — to process, grieve, plan and move forward with their lives.

You can join the group right here. It’s a closed group for now (so still searchable on Facebook), but it’ll become a secret (unsearchable) group after March 1.

(Disclosure: I serve in an advisory capacity to the group)

February 18, 2015
The Canadian Supreme Court Was Right to Overturn the Ban on Physician-Assisted Suicide
Next Post