Young Theologian Who Needs a Job Says the Media Must Invest In Journalists Who Understand Religion February 18, 2015 Terry Firma

I can think of many things that are worrisome about the state of journalism, but I hadn’t yet considered the dwindling number of full-time religion correspondents to be among them. Maybe I’m wrong.

Conor Gaffey (below), writing a familiar plaint for the U.K.’s Catholic Herald, sounds the alarm, after noting that the BBC will be reassigning its head of religion, Aaqil Ahmed, and that religious-affairs writer Ruth Gledhill left the Times last year.

Gledhill herself thought it was a good thing that “religion had been taken out of the sanctuary and into the arena of general current affairs,” as Gaffey puts it, but he has his doubts.

Many papers have columnists on religion (Giles Fraser at the Guardian, for example) or journalists who cover faith among other things (eg, the Telegraph’s John Bingham). But this media landscape suggests that religion does not command anywhere near the same weight of attention and investment as sport, politics or even showbiz.

This is a worrying trend — and not just because I’m a newly qualified journalist with a theology degree in need of full-time employment. 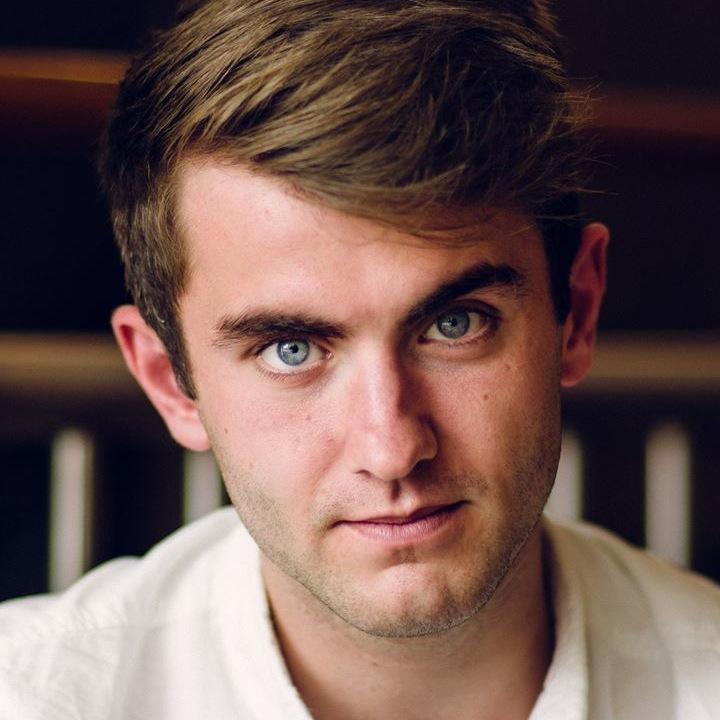 I wish Gaffey a long and satisfying career in journalism. Might I suggest that, in order to achieve it, he writes articles that people truly want to read? This is not so much to say that religion isn’t an important subject, but that the leaden, pontificating quality in the work of old-timey religious-affairs correspondents has outlived its welcome. Religion coverage is now folded into the regular news — just as you’ll no longer find a decent Western newspaper that still has a woman’s section.

Religion is undisputedly a major driver of news. Two months into 2015, many of the biggest and most shocking stories have had a strong religious theme: think of Charlie Hebdo, the Rt Rev Libby Lane [the first woman to be ordained as a Church of England bishop], and the rise in anti-Semitism in Britain and across Europe. It pays to have expert analysis of such topics by religiously literate correspondents. Topics involving the sacred are often incredibly nuanced and require delicate treatment. The Jewish-Muslim dispute over the Temple Mount is not the kind of story that can be treated by someone with a mere passing interest in religion.

I take his point, and I don’t necessarily disagree. But you could also argue the inverse: that a fresh, fair take on such a conflict might benefit from the exclusion of academically fortified reverence for one god or another.

And while the Temple Mount dispute is more complicated than most religious spats, any bright, hard-working reporter with a keen sense of his or her own limitations ought to be able to cover the news of the Charlie Hebdo shootings quite handily, let alone flare-ups of anti-Semitism or the ascension of Ms. Libby Lane. In order to write about a murder or a dog show, you don’t have be a criminologist or a breeder.

I can be persuaded that news analysis is another matter. Expertise certainly comes in handy for that genre. How well anyone writes about religion (or, let’s say, science, or sports) obviously varies a great deal with the person. I don’t favor putting just any available journalist on a specialized topic. Me, I’d be out of my depth writing about particle physics or the Broncos’ midfield strategy (is there such a thing as “midfield strategy” in football? Are the Broncos even a football team? I had to look that up. I told you I’d suck at this). A relevant background, personal interests, and overall suitability do come into play when a news outlet matches a reporter to a beat.

That said, if I were the managing editor of a newspaper or TV station, I might actually prefer to hire a candidate who hasn’t picked sides and who has no stake in the game. Gaffey, a believer, was previously a chaplain to the University of Nottingham. If I were to consider someone like him for a job, I’d want to make damn sure that his faith affiliation wouldn’t influence his impartiality. The same is true for a candidate who is a committed Buddhist, atheist, or Muslim.

As recent events have shown, God is certainly not dead — He’s making the news more than ever.

Correction: the Almighty’s followers are. A statement such as Gaffey’s — which asserts, without proof, not only the existence of God but also the Big Guy’s well-being — is precisely the kind of thing that would give me pause if I were looking for a religion correspondent. He seems perfectly in his place at the Catholic Herald. At the BBC or the Times? I don’t know.

I hope he makes it, and that he’ll always rank his critical faculties over his religious preference as he climbs the ladder.

February 18, 2015 University May Stop Giving Free Bibles to Students Who Don't Request Them... and Some Christians Are Appalled
Browse Our Archives
What Are Your Thoughts?leave a comment