The Catholic Church’s Transphobia Has Never Been a Secret February 18, 2015 Camille Beredjick

The Catholic Church’s Transphobia Has Never Been a Secret

But a recent post from Patheos Catholic’s Thomas J. McDonald has made it clear that the epidemic of shaming, delegitimizing, and dehumanizing trans people by the Catholic Church has no end in sight, and I can’t let that slide.

Over at Patheos Atheist’s Rational Doubt, Mary Johnson (below), a nun-turned-atheist who used to work with Mother Teresa’s order, gave an interview about the process of doubting, then leaving, her faith. It’s brief but insightful, yet it has McDonald up in arms. 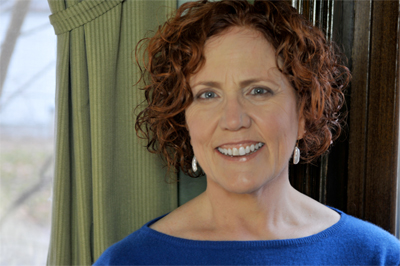 Linda LaScola: What caused the doubts to start becoming stronger than your beliefs?

Mary Johnson: I had a friend who was transgendered [sic]. When the Church came out with a document saying that transgendered people are actually just sort of making the whole thing up, I realized how often the Church claimed to know reality, but that they often didn’t know what they were talking about at all. It became so clear that they were trying to fit reality into their system of beliefs, instead of adjusting their beliefs to the reality of the world.

In response, McDonald argues that either there was no such document, or that what Johnson is referring to is actually informal guidance extracted from an article on the subject written by Cardinal Urbano Navarrete Cortés, and that the Church doesn’t truly believe that trans people are “making the whole thing up.” Here’s what he writes:

Setting aside the fatuous nonsense in the last sentence, let’s look at this mysterious “document” that caused her to lose her faith. I observed in the comboxes that no such document exists, at which point she directed me to this link, which is a rather hysterical rant by someone reporting on someone’s reporting of a rumor.

A more balanced and accurate version of the story can be found here.

It’s worth noting that this is not the “document that caused her to lose her faith.” It was one piece of a much bigger process, which she has written and spoken at length about, including in this interview. And why is McDonald taking it so personally that Johnson left Catholicism?

It concerns a report prepared by Cardinal Urbano Navarrete Cortés to explore the place of transsexuals in the sacraments and life of the church. Its main concerns were simple canonical issues. Should a parish alter a baptismal record to reflect a new gender identity? (No, but they may make a note of it.) Can a post-op transsexual marry someone of the “opposite” (that is, same) sex? (No. Obviously.) Can a female to male transsexual be admitted to the priesthood? (No. Obviously.)

It was prepared sub secretum (“under secrecy”) not to hide something, but so it would not be confused with an official teaching document of the Church or an exercise of the magisterium. It was not intended to be pastoral but was for the use of the conferences, and released later to the bishops.

In a reply to me, Mary Johnson claimed the “document” used to be on the Vatican website but was scrubbed, presumably as a coverup of… I dunno, our long-held and unvarying position on the subject?

In any case, I can find no evidence it ever was on the Vatican website, or indeed if its content ever reach the public beyond the CNS story linked above. Since the Church does not teach in secret, that alone should tell you all you need to know about the doctrinal force of this bombshell “document.”

The document Johnson is referring to has been covered far and wide in Catholic media — would they really put it out there as fact if they didn’t believe it was true and significant? — and it’s not unreasonable to believe Johnson had some insider knowledge as a former nun. Finally, the Catholic Church issuing a problematic document and not making it widely available? Who can imagine such a thing?!

[Update (12:47p): The Vatican document in question appears to be this one — Hemant]

But the only thing McDonald is more upset about than not being able to find this document is Johnson’s summary of what it said about transgender individuals: They’re just “making the whole thing up.”

[This] article [not Johnson’s] is sober and compassionate. It offers the rather sane and uncontroversial opinion that gender identity disorder is a psychological issue and that surgical and chemical alterations of the body do not actually change one’s gender. It’s informed, intelligent, and compassionate: the very opposite of the “just making it up” story concocted by Mary Johnson.

McDonald refutes that the Church has never implied such a story, but the evidence he gives suggests the contrary:

The Church’s position is not a secret position: gender is not a social construct but a function of biology. Those who have a disconnect between their physical gender and their perceived gender suffer gravely and must be treated with mercy, compassion, and love, not mutilation. Surgery and drugs can no more change a man into a woman than they could turn a fish into a chicken. They can only create a surface illusion.

McDonald is refuting Johnson’s characterization of the Church’s stance on trans people by… repeating it.

He’s right about one thing, though — surgery doesn’t “change a man into a woman,” because surgery isn’t what makes a trans woman a woman. A trans woman knowing, feeling and affirming that she is a woman makes her a woman. Plenty of trans people don’t have surgery and still identify as a gender other than what they were assigned at birth. Bodies don’t assign gender. Knowledge of one’s self does.

Johnson never claimed that the Church’s position on trans people was a secret statement confined to a single piece of paper and passed around to different priests like a note in math class. Perhaps she was referring to, in McDonald’s own words, the Church’s “long-held and unvarying position on the subject” that is inevitably reflected anytime the subject of trans people in Catholicism is broached, in writing or not. We don’t need a “Transgender 101” drop-down menu on the Vatican website to know that the Catholic Church is institutionally unaccepting of trans people.

Finally, Johnson replied to McDonald’s piece, though at the time of this writing he hadn’t provided a working link to her statement. Here’s his recap:

UPDATE: Mary Johnson replies here. I guess the key line is: “The ‘actually just sort of’ should have been a clue that I knew I was oversimplifying.”

She characterized the teaching that led to her break with her faith in the most damaging way possible for the Church’s perspective, but I was to grasp that characterization in the most generous way possible. Oh atheists, never change…

February 18, 2015
College Students Today Are Less Religious Than Ever Before
Next Post