Sam Harris on the Chapel Hill Murders and Militant Atheism… and Why He Now Fears For His Safety February 18, 2015 Terry Firma

In his latest podcast, posted last night, Sam Harris talks about the tragic murders of Deah Shaddy Barakat, Yusor Mohammad, and Razan Mohammad. After saying that he feels nothing but horror over the crime, and that the victims were by all accounts marvelous people, he addresses the assertion that New Atheists like him have “blood on their hands,” in the lovely phrasing of C.J. Werleman.

The deluge of claims of equivalence between this crime, and the Charlie Hebdo atrocity and the daily behavior of a group like ISIS, has been astonishing to witness. You can sense that people have just been waiting for a crime like this that could conceivably be pinned on atheism.

But of course the analogy between militant atheism and militant Islam is a terrible one. It’s an anti-analogy. It is false in every respect. Atheists are simply not out there are harming people on the basis of their atheism. Now, there may be atheists who do terrible things, but there is no atheist doctrine or scripture; and insofar as any of us have written books or created arguments that have persuaded people, these books and arguments … only relate to the bad evidence put forward in defense of a belief in God. There’s no argument in atheism to suggest that you should hate or victimize or stigmatize whole groups of people, as there often is in revealed religion.

And what we’re seeing is that people like Glenn Greenwald and Reza Aslan, the usual suspects, the bevy of apologists for theocracy in the Muslim world, are using this very real tragedy in Chapel Hill to try to stoke a kind of mob mentality around an imagined atheist campaign of bigotry against Muslims. It’s an incredibly cynical and tendentious and opportunistic and ultimately dangerous thing to do.

Of course people like Glenn Greenwald and Reza Aslan are alleging that there is some kind of double standard here — that atheists are so quick to detect a religious motivation in the misbehavior of Muslims worldwide, [but] when it comes to their own, well, then they discount the role played by atheism. But this is just a total misrepresentation of how an atheist like myself thinks about human violence. 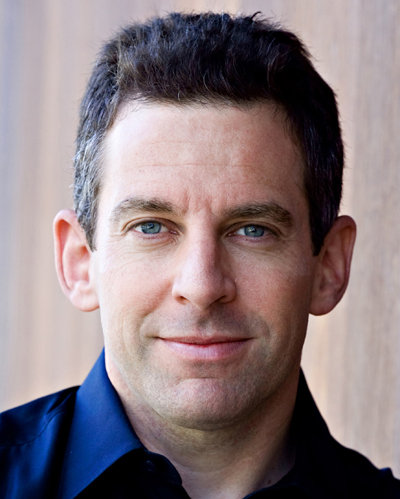 It is obvious that some instances of Muslim violence have nothing whatsoever to do with Islam, and I would never dream of assigning blame to the religion of Islam for that behavior. …

But the problem, of course, is that there are teachings within Islam that explicitly recommend, in fact demand, violence under certain circumstances, circumstances which we in the 21st century, if we are decent human beings, will recognize as being morally insane. Apostasy, blasphemy, adultery. Merely holding hands with a man who is not your blood relative or husband (if you are a woman unlucky enough to be born in a country like Afghanistan), these are rather often killing offenses. And the link between the doctrine as it is understood by Islamists and jihadists at this point, and the behavior, is explicit, it’s logical, it is absolutely unambiguous. And yet this doesn’t prevent people from denying it at every turn.

Now, there is no such link between atheism or secularism, and violence of any kind. In any circumstance. There’s nothing about rejecting the truth claims of religious dogmatists, [and] there’s nothing about doubting that the universe has a creator, that suggests that violence in certain circumstances is necessary or even acceptable. And all the people who are comparing these murders to Charlie Hebdo — or to ISIS, as insane as that sounds — are really trivializing a kind of violence that threatens to destabilize much of the world. And ironically it is violence whose principal victims are Muslim.

After going on a tangent about the prevalence of religion-motivated hate crimes (Harris uses FBI crime stats to argue that it doesn’t amount to much, an opinion that I don’t think helps his case), he speculates on what drove the killer of the three young Muslims in Chapel Hill.

People are saying that this could not possibly have been a triple murder born of a neighbors’ dispute over a parking space. But this is the most common form of interpersonal violence! It never makes sense on paper! You’re talking about people who fail to regulate their emotional states. And they have, in the U.S., ready access to weaponry that makes it incredibly easy to kill someone impulsively.

[There is] this basic incompatibility between a seventh-century theocracy and our collective aspiration to build a truly pluralistic and global civil society. … And for some reason, people on the left have aligned themselves with theocrats and people who are truly intolerant, intolerant of the very liberal values that apologists for Islam think they’re enunciating. As I’ve said before, tolerance of intolerance is just cowardice. And it’s a cowardice that is increasingly consequential.

This analogy between so-called militant atheism and militant Islam is essentially a moral hoax. The thing that very few people seem able to distinguish, and the distinction that Greenwald and Aslan obfuscate at every opportunity, is the difference between criticizing ideas and their results in the world, and hating people as people because they belong to a certain group, or because they have a certain skin color, or because they came from a certain country. There is no connection between those two orientations. The latter is of course bigotry and I would condemn it as harshly as anyone would hope.

But criticizing ideas and their consequences is absolutely essential, and that is the spirit in which I have criticized Islam in various flavors, and Christianity, and Judaism, and Buddhism. And all of these criticisms are different because these belief systems are different.

After marveling that Glenn Greenwald’s defense of Islam “is coming from a gay Jew living safely outside the Muslim world, who would be hurled from a rooftop anyplace within it,” he turns again to the triple murder by Craig Stephen Hicks.

Let me concede, it’s certainly possible that the murders in North Carolina were a hate crime. It could be that when Hicks starts talking, he’ll tell us how much he hates Muslims and he just wanted to kill a few; and he might even say he read the God Delusion, and the End of Faith, and God is Not Great, and took from these books some kind of rationale to victimize Muslims at random. I think it’s incredibly unlikely that that’s the case. I will be flabbergasted if Hicks says that his atheism drove him to commit these murders. Whereas the next jihadist will almost certainly say that his religion mandated that he behave the way he did.

But perhaps people like Greenwald and Aslan think that criticizing Islam is just dangerous because it could be misunderstood by bad people [fascists and the like]. Well, by that standard we can’t criticize anything. As Ali Rizvi pointed out, this would be like saying we can’t criticize US foreign-policy because some number of people overseas will become so agitated by this criticism, by reading Noam Chomsky or Glenn Greenwald, that they will then kill U.S. tourists at random. Is that possible? Sure it’s possible. But we have to be able to criticize U.S. foreign policy.

Some of what people like Chomsky and Greenwald write about U.S. foreign policy is correct. Should they be held responsible if some deranged person takes their writing and uses it as a basis for intolerance or even murder? No. Of course not. And the same can be said of any criticism or of doctrine of Islam.

At this point, you can hear the tension in Harris’s voice thickening as the topic morphs into his personal safety, and his family’s.

I want to make one thing very clear. In saying or writing or otherwise publishing the opinion that I have blood on my hands, and then backing that up with conscious misrepresentations of my views about Islam, that is a dangerous thing to do. … It increases the risk to me and my family. …

There’s some number of people among [Greenwald’s and Aslan’s] readers who are proper lunatics, goons, and madmen; who are organized entirely around this variable of Islam and its importance to their lives and to the future of humanity. And if you tell them, as Greenwald and Aslan repeatedly have, whether in their own words or by circulating the lies of others, that I want to nuke the Muslim world, or that I want to round Muslims up for torture, or that I’m a genocidal fascist maniac, or that I want to profile dark-skinned people at airports, or that I want to kill people for thought crimes, or that I have blood on my hands for the murders of three beautiful young people in North Carolina, this is dangerous. And I’ve asked them to stop it, and I’m asking them to stop it again.

February 18, 2015
The Catholic Church's Transphobia Has Never Been a Secret
Next Post

February 18, 2015 These Are the Most and Least Religious States in the Country
Browse Our Archives
What Are Your Thoughts?leave a comment