Pastor Scott Lively Wants You To Know He’s Not Anti-Gay, Only “Anti-Homosexuality”

I once called Scott Lively a “gay-hating pastor,” and now he’s mad. Not at me in particular, but at every headline writer who publishes that descriptor about him. He’s not gay-hating or anti-gay at all, he swears.

I’ll let him explain, via a letter to the editor he got published yesterday in The Republican, his hometown newspaper in Springfield, Massachusetts:

The news page is supposed to offer impartial fact-reporting for its readers to analyze and interpret for themselves. Instead, The Republican‘s stories about me are often peppered with conclusory statements from a decidedly leftist perspective and deliberately poison the well against me by citing only facts that bolster the accusations of my opponents — even though I have a long history of doing good works in Springfield that have benefited the city.

Most irritating and misleading is that all or most of the stories identify me (often in the title) as “anti-gay pastor,” as if that were some sort of professional title rather than an editorial comment. I strongly object to that characterization, which deliberately misrepresents my opposition to the mainstreaming of homosexual conduct as hatred of homosexual persons. 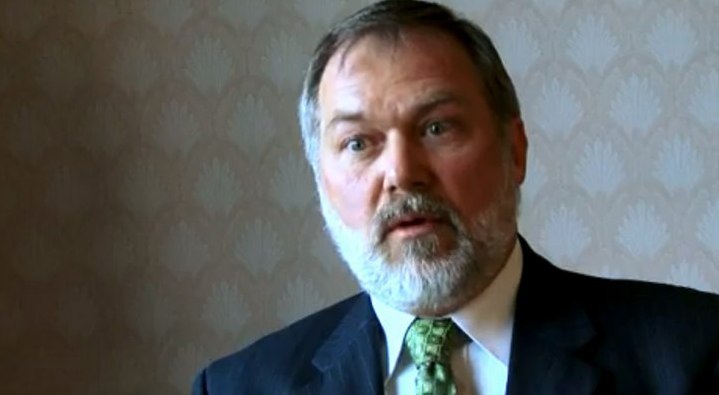 The term “anti-gay” effectively mistranslates the pro-family motto “Love the Sinner, Hate the Sin,” into “Hate the Sinner because of the Sin.” As such it is not an honest descriptor but a slur, and its use by the media is an act of complicity in a dishonest and manipulative LGBT political tactic. Much of what the public falsely believes they know about my views and actions in the culture war is the fruit of this tactic and similar manipulative spin by pro-“gay” journalists throughout the industry.

How dare Lively call people like me pro-gay? Offensive, is what that is. I’m totally not pro-gay — I am pro-equality.

Strike that. I’m just joking. It’s really a distinction without a (meaningful) difference, but that’s how Lively wants to play this:

I am asking The Republican to stop using the term “anti-gay” in news stories entirely, but especially in stories about me. Pro-family would be best, but if you insist on framing my position in the negative, use “Anti-homosexuality.”

Much better, don’t you think?

Just so you know what Lively stands for, the  anti-homosexuality pastor has

— pushed for criminalizing “the public advocacy of homosexuality”;

— helped produce a groundswell of support for legislation in Uganda that became the infamous but thankfully ill-fated Kill the Gays bill (Lively now distances himself from it);

— asserted that a gay clique including Adolf Hitler was behind the Holocaust;

— likened homosexuality to “junk food” that will “break down your body”; and

But Lively’s not anti-gay. No sirree-Bob. Whatever gave you that idea?

P.S.: It’s probably just me, but every time I hear Lively speak I think of the confused man in the Onion who just couldn’t figure out why homosexuals kept fellating him. It may the best op-ed piece ever published.