In 2004, Ravenswood Middle School (West Virginia) teacher Joann Christy died in an accident. It was obviously devastating to the community and the school built a memorial in her honor.

The problem is that the memorial included several Christian crosses and images of angels: 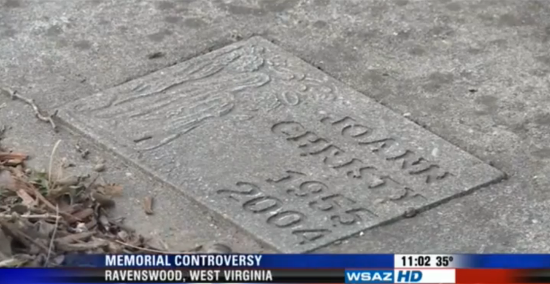 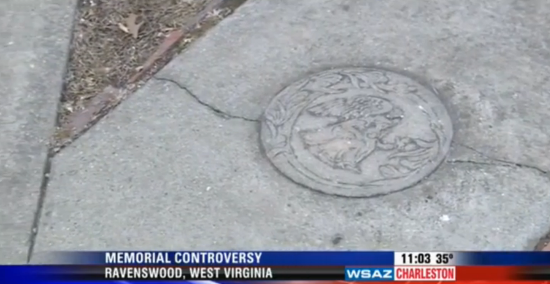 The Freedom From Religion Foundation, when told about the problem, faced a tough dilemma: Should they ask school officials to alter the monument and remove the Christian symbols on principle, even if it led to emotion-driven backlash from people in the area?

They had to do it:

The Freedom [From] Religion Foundation recently notified the school, saying the crosses and angels on the memorial are a violation of the separation of church and state.

“The First Amendment mandates that schools cannot advance or promote religion, so that’s what this display is doing,” said Patrick Elliott, a staff attorney with [FFRF].

Christy’s family understands the conflict with the crosses and has removed them; however, the angels remain.

With the crosses removed, FFRF may compromise on the angels (which aren’t necessarily promoting religion like a cross does). The most glaring problems are gone. But that hasn’t stopped people from complaining. The school board will discuss the memorial at its next meeting this Thursday.

The whole scenario reminds me of similar arguments to remove Christian memorials from the side of the road. It’s not a popular stance to take, but the rules must be applied fairly.

If Christian icons can go up on public property (including public schools), then the same opportunity must be given to non-Christians as well. If school administrators and mayors are prepared to honor the dead with Pagan or non-theistic symbols, great. But for now, this is a privilege afforded only to Christians, and that’s why FFRF is doing the right thing.

February 17, 2015 Ask Richard: Parents Pressure Atheist to Persuade Her Sister to Have a Catholic Wedding
Browse Our Archives
What Are Your Thoughts?leave a comment