Obama-Bashing Victoria Jackson Wasn’t on SNL’s Anniversary Show, but Here She Does Her Own “Comedy” Thing February 16, 2015 Terry Firma

Obama-Bashing Victoria Jackson Wasn’t on SNL’s Anniversary Show, but Here She Does Her Own “Comedy” Thing

Gay-hating Tea Partier and rape apologist Victoria Jackson was at Saturday Night Live‘s 40th-anniversary show this past weekend, but not in it. Jackson denies that her political views had anything to do with being kept off the special episode, and I hope that’s true. She shouldn’t be excluded because she’s a right-winger. Rather, she should be excluded because, as Jessica Bluemke wrote on this site two years ago,

What I … naïvely mistook for quirkiness [in her SNL days] was just thinly-veiled legitimate lunacy.

OK, even lunacy can be beguiling in a comic (ladies and gentlemen, Andy Kaufman!), but I can’t understand who gets a belly laugh out of Jackson’s antics these days, or why.

Here are the comedienne’s latest six minutes of YouTube artistry. 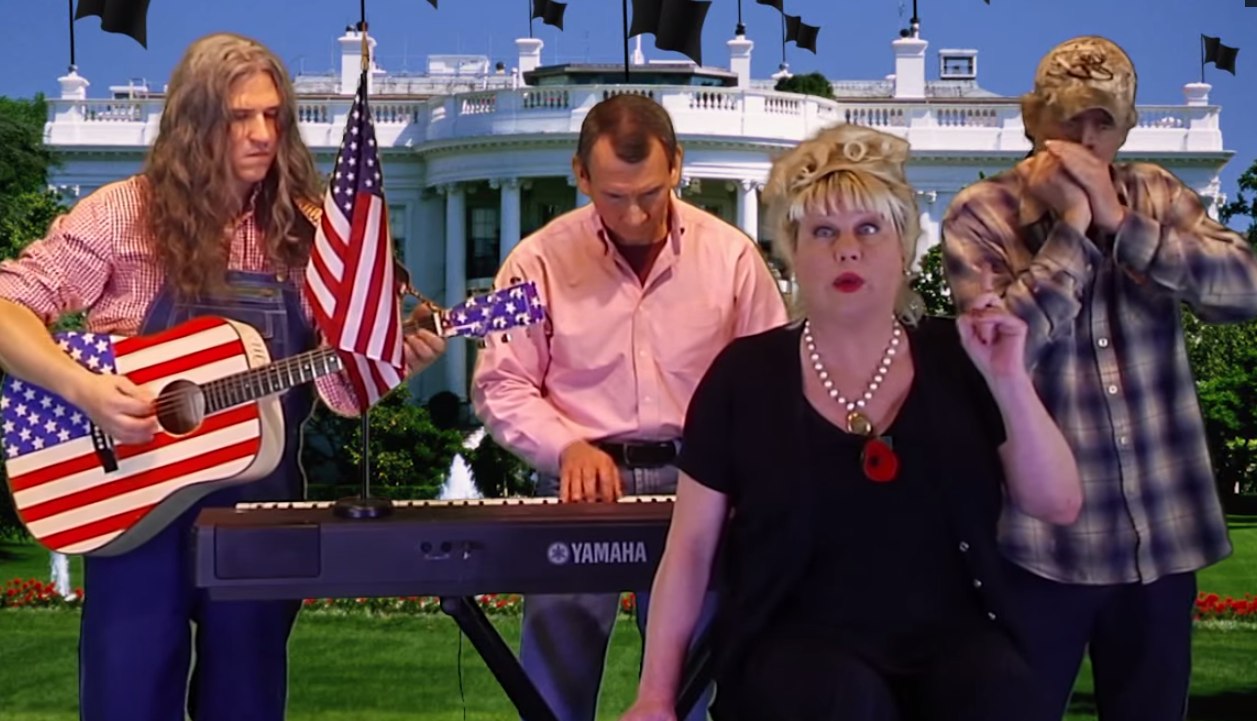 As Raw Story describes it,

The conservative activist accompanies herself on ukulele as she contemplates Islamophobic conspiracy theories in the seemingly improvised song, “There’s a Muslim Living in the White House.”

“Why aren’t people shocked or something?” Jackson sings. “Why aren’t people up in arms? Does anyone read history or see black and white flags or hear alarms? The streets are filled with deaf and dumb as I squeak like a mouse. There’s a Muslim living in the White House.”

The six-minute song — a follow-up to “There’s a Communist Living in the White House” — includes quotes and sound bites from the president intended to back her assertion that Obama is actually Muslim.

The nicest spin I can put on this is that Jackson is spoofing a certain subset of the hard-right electorate, a bit like Stephen Colbert used to do, but Jackson is only 0.01 percent as funny. The second-nicest spin is that we all need to make a living, and this is Jackson’s attention-seeking way to muscle her way back into the limelight.

In either case, it’s a clownesque performance, and not in a good way.

February 16, 2015
In Idaho, Christian Woman Attempts To Beat Jesus's Love Into Her Jewish Neighbor
Next Post