In Idaho, Christian Woman Attempts To Beat Jesus’s Love Into Her Jewish Neighbor

What are some bruises and soreness compared to the eternal agony of hell? Getting beaten up for Jesus really was for the victim’s own good, don’t you see?

Haragan’s verbal harassment of the woman — identified in court by her initials, “AG” — had been ongoing, including through phone calls, according to the prosecutor. But on Feb. 5, it reportedly escalated to violence. 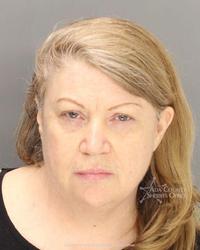 According to the prosecutor, AG reported that Haragan visited her home that day, banged on her front window and yelled that she’d “better believe in Jesus, and that she was not going to leave until she did.”

AG opened the door to take down Haragan’s license plate number and ask Haragan to leave, the prosecutor said. Haragan then allegedly slapped AG in the face, pulled her hair, yanked her to the ground and began kicking her in the stomach and thighs. Haragan yelled that AG needed to believe in Jesus to stop the assault, the prosecutor said.

The prosecutor said Haragan pressed her foot into AG’s neck and pulled her hair, causing a neck injury that still pains AG. “Eventually, the victim had to comply” to escape the attack, the prosecutor said.

So it worked! Praise Jesus!

February 16, 2015
Dutch Court OKs Extradition of Fugitive Rabbi To Israel, Where He Is Wanted for Sex Crimes
Next Post