Earlier this week, the two women behind a web-based cooking comedy, Oz actors and directors Kate McCartney and Kate McLennan, launched all six existing episodes at once on YouTube. I binge-watched all of them yesterday and am smitten. Acerbic, zany, and more than a little neurotic (McCartney, having “a largely ornamental gut,” is “food intolerant”), the Katering Show is the parody that Martha Stewart and Paula Deen have richly deserved for a long time.

In the final episode, below, the Kates, who say they’re atheists, take on preparing the traditional Christmas family feast — but without their families. That’s because, as McLellan says,

“… those family Christmases are private, and not to be discussed or filmed, we’re being told by our families’ lawyers.” 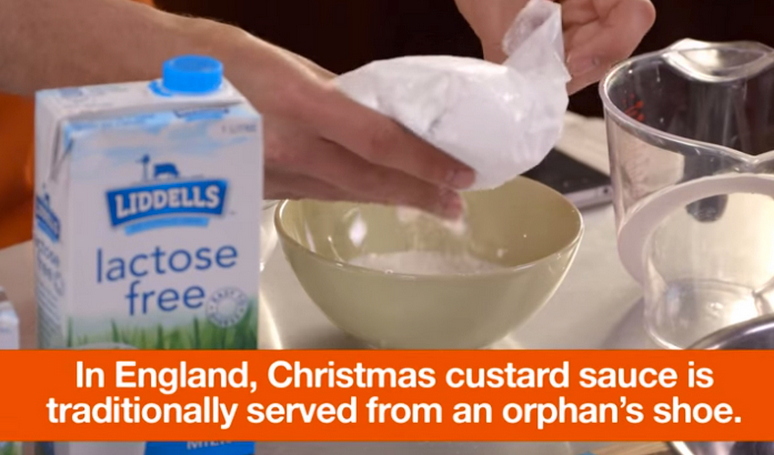 In the series, the duo embarks on belly-busting kitchen adventures with an imported pressure cooker and a mega-pricey food processor that fail to yield the desired culinary results; and the makers cry, deadpan, and blunder their way through various instances of food-related alcohol abuse.

An interview with the pair is here.

The Katering Show is the freshest and tastiest small-screen debut I’ve seen in many months. Eat up.

February 15, 2015
Fifty Shades of Grey Just Beat Out Passion of the Christ for Biggest February Opening Day Ever
Next Post