The 40 Questions That Will Point You To the True Religion™ February 13, 2015 Rachel Ford

The 40 Questions That Will Point You To the True Religion™

Pastor Dan Delzell has a special formula for determining which, of the many contenders, is the True Religion™, and he’s shared it on Christian Post.

Pastor Delzell has suggested forty (very) leading questions, the answers to which, he believes, will show people the light. (Any guesses on which religion that is?) 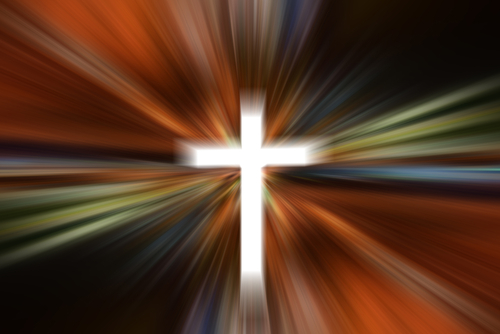 He uses a tone that seems to suggest a bit of impartiality — referring throughout his piece to the central figure of the True Religion™ as a “prophet,” for instance. However, the content of his questions make clear that they are anything but impartial. Just look at Question Six:

Which religion was started by a prophet who died, but then came back to life?

The question is obviously meant to lead the reader to the answer, “why, Christianity of course!” as it specifically nominates a key part of the Christian story as a necessary factor for any true religion… but why? Why is dying and magically resurrecting any more impressive than, say, magically outwitting his torturers (as Muslims claim Jesus did)? A Muslim writer authoring such a piece could just as easily, and with as much authority, have pondered

Which religion was started by a prophet who no man was able to kill, and only died when God called him to paradise?

There’s no reason to believe either of those are necessary components of a True Religion™ story, but of course Pastor Delzell has chosen the one that fits the Christian story.

It’s not just the leading questions that make this piece particularly enjoyable… it’s the ones posed without irony, seemingly oblivious to the history of the alleged True Religion™. Questions like:

Which religion produces a tender love for God in heaven, rather than lingering fear and trepidation?

I don’t know which religion does that, but I’m guessing it can’t be the one where you find things like this throughout its holy book:

The fear of the Lord is the beginning of wisdom: a good understanding have all they that do his commandments: his praise endureth for ever. (Psalm 111:10)

Or this, from Deuteronomy 6:

Thou shalt fear the Lord thy God, and serve him, and shalt swear by his name.

And the Lord commanded us to do all these statutes, to fear the Lord our God, for our good always, that he might preserve us alive, as it is at this day.

Or any of these other instances. But the complete lack of self-awareness gets better as we delve deeper. For example:

10) Which religion has done the most to advance the rights of women?

17) Which religion, when practiced correctly, produces followers who are quick to forgive rather than to seek vengeance?

26) Which religion rules not by force, but by love, as demonstrated by the prophet?

27) Which religion has produced the most freedom of religion in the world?

29) Which religion, when practiced correctly, has done the most to advance the rights of minorities?

Amazingly, Pastor Delzell wants us to believe that his faith — which has a storied history of spectacular failure on these points — is somehow the answer to the questions he poses. Whether this is ignorance or duplicity, it really doesn’t matter: these issues are utterly, completely at odds with Christianity’s past and, at least in some sectors, present. An honest answer to Delzell’s questions would reveal that, by his own criteria, Christianity is not the fabled True Religion™.

It’s not just points of outright contradiction, either. Quite a few of Delzell’s questions would apply equally as well to any faith.

2) Which religion produces scores of people who speak out against injustice and work hard to correct it?

9) Which religion do people turn to in tough times and when disaster strikes?

13) Which religion was started by a prophet who is loved and even worshipped by millions of followers?

14) Which religion has been around for thousands of years and continues to expand around the world?

16) Which religion has millions of followers who claim to experience much peace as a result of their prophet?

Christianity is certainly not the only answer to these questions, nor is it an honest answer to many of the others. So, when Pastor Delzell asks…

40) Which religion is the only one that matches every question listed above?

… The honest answer is a resounding “none.” Which is really my favorite thing about this article. Pastor Delzell attempts to show that Christianity is the one True Religion™ by rigging together a test full of arbitrary, nonsensical criteria, in order to ensure that Christianity is the only possible answer… and, even in this ideal setting, his religion fails the test.

February 13, 2015 Will Pope Francis Make Up His Mind Already About How Many Children Couples Should Have?
Browse Our Archives
What Are Your Thoughts?leave a comment