Imad Iddine Habib is only 24 years old, which might seem too young to be a pessimist. But Habib, who founded the Council of Ex-Muslims of Morocco and got hounded, harassed, and threatened because of it (he now lives in hiding), has a somber assessment of the future of secularism in Muslim-dominated parts of the world.

“I have lost hope for the Arab and Muslim world. Look at what the region was like in the 1970s. How much progress have we made in 45 years?”

He spoke at the Secularism Conference in London last week, where he said he’s had to do battle with people who he’d assumed would support him. That includes, Habib charges, “Islamism’s apologists on the Left.”

“The Left wants votes, so they have to look Islamic,” [he said].

Habib added that he had expected more support in the West, but had been disappointed by Liberal and Leftist groups that were reluctant to rally to his cause, in one case even labelling him an ‘extremist’ for his views on religion. 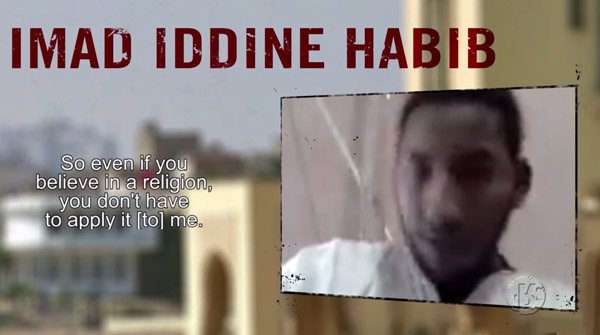 The alleged betrayal of the political left was a topic of much discussion at the conference. Maybe this is progress. Sam Harris‘s writings notwithstanding, I don’t think the subject would’ve gotten got much traction in atheist circles three or four years ago. That it was debated in London — in the open and without much acrimony, it seems — could be attributable to the fact that the speakers were overwhelmingly (cultural) Muslims. It’s harder to tell them they’re racists or Islamophobes than it is to lob the same charge at Harris or Bill Maher.

One participant pointed out, much like Habib had, that

[T]he Left’s desire not to be seen as racist meant it ignored many of the extremist acts carried out in the name of Islam. … “People who see themselves as ‘anti-racist’ say that Charlie Hebdo brought the massacre upon itself. Many on the Left are unable to view religious extremism except through an ‘anti-racist’ lens.”

I’ve long had the same concern, and am glad this viewpoint is perhaps no longer as toxic to the discourse as it once was.

February 11, 2015
How the First Crusade Was Fought, What Obama Didn't Say, and How the Crusades Helped Spawn Modern-Day Jihad
Next Post