Saudi TV Host Laughs In Guest’s Face When He Proposes a Bizarre Solution For the Driving Ban February 10, 2015 Terry Firma

I’m delighted that the wonderfully tenacious interviewer in this news clip from Saudi TV eventually loses her composure and quietly busts a gut.

Her guest is historian Saleh Al-Saadoon, who thinks that women driving cars will lead to their being sexually assaulted. In America and Europe, women don’t care about being raped, he says, but Saudi women do, and the ladies ought to be grateful that their husbands and sons and brothers drive them everywhere and treat them “like queens.”

As the host’s incredulity mounts, we see a few seconds of another (unidentified) guest, also a woman, who appears to be stifling her laughter. At 1:15, she even does see a blink-and-you-missed-it little eye roll, followed by a shake of the head. 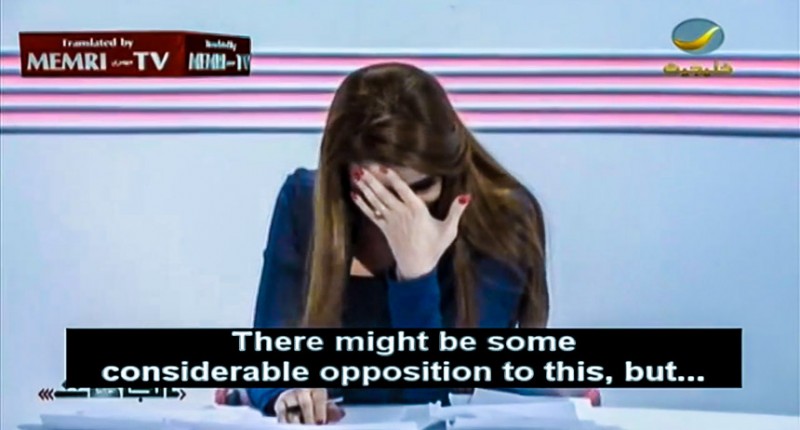 But the best is yet to come. At 2:03, the host begins snickering helplessly when Al-Saadoon proposes the most gobsmacking solution to the religious driving ban you’re ever likely to hear. Her mirth culminates in a full-on facepalm.

Laughter is a fantastic weapon against pomposity and false authority, so laugh away, friends.  You knocked the risible Al-Sadoon off his patriarchal perch, and we’re laughing right along with you, cheering you on.

February 10, 2015 Progressive Mormon Excommunicated After Asking Tough Questions About the Faith and Its Leadership
Browse Our Archives
What Are Your Thoughts?leave a comment