Over the weekend, Star Parker went on Mark Levin‘s radio show, and said this about President Obama‘s speech at last week’s Prayer Breakfast:

“This is what we were doing in this room, all this prayer, all these people, and then the president gets up and totally politicizes it. It was verbal rape. You could feel the energy leave the room because he is so adamant about his secular humanism.” 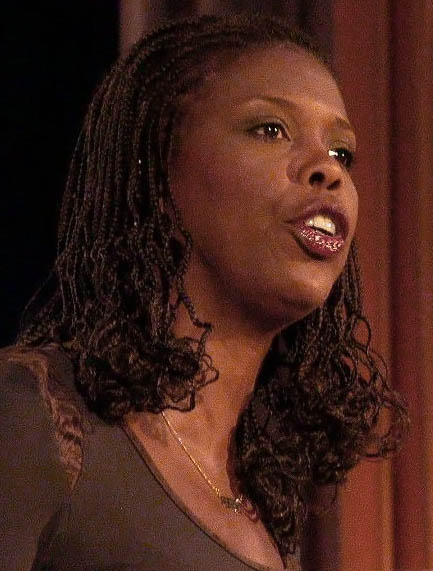 Do you remember Obama’s words? Here they are again:

“From a school in Pakistan to the streets of Paris, we have seen violence and terror perpetrated by those who profess to stand up for faith, professed to stand up for Islam, but, in fact, are betraying it. Lest we get on our high horse and think this is unique to some other place, remember that during the Crusades and the Inquisition, people committed terrible deeds in the name of Christ.”

As for Parker’s assessment that this was “verbal rape,” maybe she expressed that hyperbolic inanity in the heat of the moment. Surely she’d cooled down by the time she appeared on Sean Hannity‘s TV show last night?

Not a chance. Parker doubled down on her grotesque Coulterwauling, causing a grinning Geraldo Rivera to respond, quasi-incredulously, “Wow! Really?” And off-camera, Hannity adds “That’s harsh.” You can see the video here.

It’s likely that Parker was booked on the FOX show after her performance on the Levin program, so her extreme language should’ve been no surprise. And I think it wasn’t. Her wildly intemperate analogy was probably the main reason she was invited to the studio in the first place. The FOX News model, after all, is about manufacturing, rewarding, and echoing right-wing outrage. The advantage of having guests who launch over-the-top rants is that the hosts, while clearly pushing the same narrative, can claim to be moderate and sane by comparison. And so it went.

On the Hannity program, Parker finally explained why the president’s words were just like being sexually violated:

“We were not expecting it, nobody wanted it, it was horrible to sit through, and after it was over we all felt like crap.”

To state the obvious, it grossly cheapens the severity of actual rape to redefine the word as Parker does.

She has the subtlety of a sledgehammer and the empathy of a gnat. In other words, she’s tailor-made for the Foxosphere.

(Via Right Wing Watch. Photo by Chip Berlet via Wikipedia.)

February 10, 2015 Saudi TV Host Laughs In Guest's Face When He Proposes a Bizarre Solution For the Driving Ban
Browse Our Archives
What Are Your Thoughts?leave a comment