The Darwin Day accolades keep rolling in. We’ve seen resolutions honoring the great scientist in the U.S. House and Senate. Delaware’s governor issued a proclamation, too. 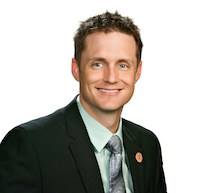 Whereas, February 12, 2015 is the 206th anniversary of the birth of Charles Darwin; and

Whereas, Darwin’s discovery of natural selection continues to serve as the foundation for ongoing advances in science, health, philosophy, art, education and many other areas of modern life; and

Whereas, Darwin’s strength of character is evident in the great courage, wisdom and honesty required to explore and publish the findings supporting natural selection as the mechanism by which biological evolution occurs; and

Whereas, the anniversary of Darwin’s birth is an appropriate day on which to celebrate and to reflect and act on the principles of intellectual bravery, perpetual curiosity and the hunger for truth, which contribute to the well-being of all people; and

Whereas, the State of Arizona is rightfully proud of its commitment to growth in the biotechnology industry, scientific research and education, natural resource-based recreation and tourism, research hospitals, aeronautics and other areas made possible by ongoing innovation in the life sciences.

Be it resolved by the House of Representatives of the State of Arizona:

That the Members of the House of Representatives proclaim February 12, 2015 as International Darwin Day in Arizona.

Wonderful! State Rep. Rebecca Rios is a co-sponsor of the resolution.

Incidentally, Sherwood is friends with State Rep. Juan Mendez, an openly-atheist politician who delivered a godless invocation on the House floor in 2013.

Physicist Lawrence Krauss‘s university is in Sherwood’s district, too, leading the prominent atheist to issue this statement (via email):

“I am very excited by the prospect of proclaiming International Darwin Day in Arizona. It sends a strong message that the state cares about science, education, and progress. Evolution is the basis of almost all modern biology and biotechnology, and certainly stands as one of the most profound and important scientific discoveries in history. Exposing children to these ideas will help excite them in their studies of the natural world. We need to celebrate curiosity, exploration, and the process of science, as these are not only the best tools we have to explore the natural world and meet the challenges of the 21st century, they are among the greatest intellectual gifts we are blessed with, and the represent the pinnacle of what it means to be human.”

February 10, 2015
Australian Rabbis Are Surprised to Hear That Inappropriate Touching Of Children Is Against the Law
Next Post