Tonight’s Episode of Vanity Fair Confidential is All About the Murdered Founder of American Atheists February 9, 2015 Hemant Mehta

If you’re addicted to crime drama, tonight’s new episode of Vanity Fair Confidential on the Investigation Discovery network is all about the murder of American Atheists founder Madalyn Murray O’Hair. 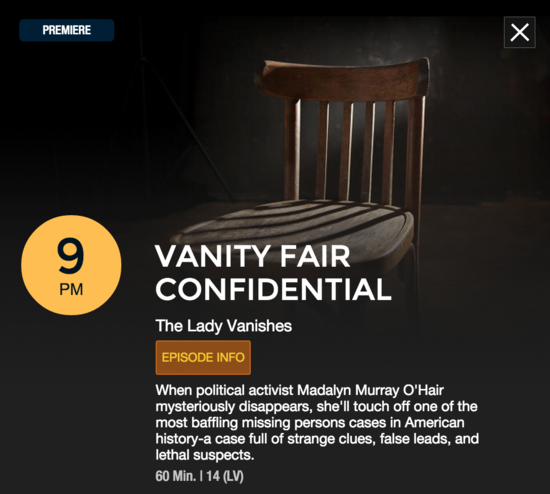 The description doesn’t even include the word “atheist” so that aspect of her life may be tangential to the focus of the show.

O’Hair played a major role in the removal of mandatory Bible readings in public school (which her critics wrongly say banned prayer in school). We wrote more here about her murder when the network announced she would be the subject of this episode.

February 9, 2015
I Wonder How He'd Feel If the Three Dots Suddenly Vanished...
Next Post