In 2010, radio host and activist Janet Porter, who heads Faith2Action, lost her regular spot on VCY America, a conservative Christian broadcasting network. VCY management decided that Porter, who had been drifting toward Dominionism (the idea that “Christians alone are Biblically mandated to occupy all secular institutions until Christ returns”) was getting a little too extreme in her beliefs. In other words, Porter was seen as a growing embarrassment by a broadcaster whose own website touts, on its home page, the Ken Ham Classics Box Set.

Naturally, getting dropped by VCY didn’t stop Porter from spreading the word of the Lord. Where did she go? Well, she’s been spending a bit of time roaming through the nighttime woods, with nothing but a lantern and a video crew, to complain about the gayifying of America. I’m really not making that up. Watch the trailer she just released of her upcoming documentary Light Wins: How To Overcome The Criminalization Of Christianity. 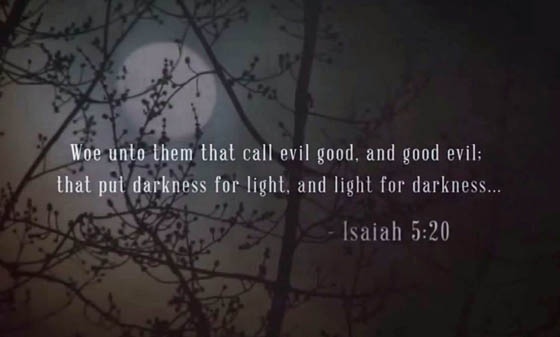 A few of the interviewee statements:

“[Gay-rights activism] is the single greatest threat to religious freedom in the United States of America today.”

“The most insidious and aggressive assault to our religious freedom that we’ve ever seen.”

“If some young person in a school hears it’s OK to be gay and then comes down with a fatal disease as a result, school officials should be held legally liable.”

If all these people seem just a little scary to you, remember that this little film may well become the Reefer Madness of the 2050s and beyond — a laughter-inducing record of old-timey, hopelessly passé fear-mongering and bigotry. Meanwhile, it’s doubtful that it will bring (m)any people around to its message, and much more likely that it will send Christian fence-sitters and moderates running in the other direction.

Maybe Janet Porter has done us all a favor.

February 9, 2015
The Problem with Christianity is That Too Many People Think Pastors Like This Guy Are Speaking the Truth
Next Post