From Good Samaritan To Accused Liar: Virginia Pastor Made Up Robbery By Black Man, Investigators Say

On Thursday, Virginia pastor George Hunley told police he’d been shot and robbed after he pulled over to help another motorist. The local news was calling him a Good Samaritan. Within a day, police were calling him something else: a liar.

Nothing about Hunley’s story adds up, the investigating officers in Louisa, Virginia say. His wallet and other valuables he was supposedly robbed of were found in the car he says he drove himself home in, but the vehicle didn’t yield a single drop of fresh blood.

While the cops are so far declining to say what they think transpired and how Hunley really got his bullet wounds, they placed him under arrest and charged the pastor with making false statements to the police. 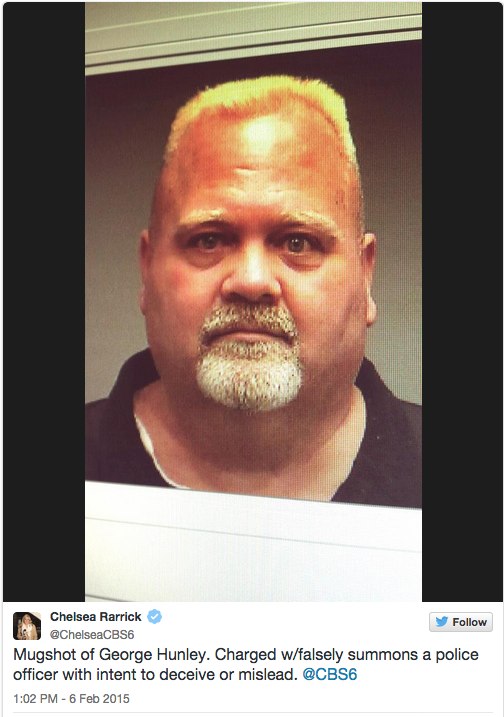 If Hunley fabricated his account, there’s a nasty racial tinge to it all: he claims he was robbed by a black man who was accompanied by a white woman and a young bi-racial child. That kind of concocted scenario never seems to go out of style.

I’ll have more about this story when the facts come out.

February 7, 2015
Atheist Who Spent a Decade Behind Bars Talks About the Flourishing of Fringe Religions in Jail
Next Post

February 7, 2015 Christian Writer Advises Women to Leave Porn-Viewing "Addict" Boyfriends
Browse Our Archives
What Are Your Thoughts?leave a comment