When you have to defend your stance against legal abortion, it inevitably forces you to say really stupid things, because there’s just no decent way to explain why a woman who’s been raped should be forced to give birth to the child.

That didn’t stop West Virginia Delegate Brian Kurcaba (below) from giving it a shot, though. 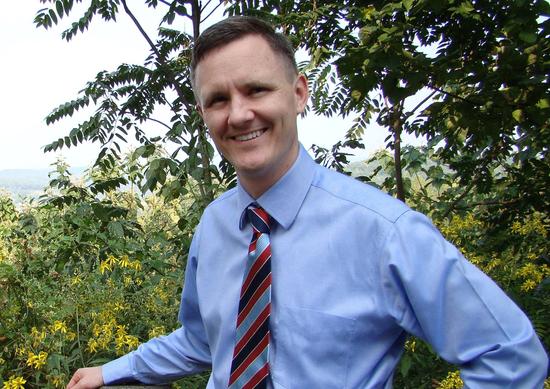 Yesterday, while debating a bill that would ban legal abortions after 20 weeks of pregnancy, Kurcaba (a Republican, of course) waded in with this stunning line, according to Charleston Gazette reporter David Gutman:

“Obviously rape is awful… What is beautiful is the child is that could come from this.”

See? There’s a beautiful child at the end of the long, dark, awful tunnel of rape… and that’s why this bill needs no rape exception. You know he was just seconds away from saying, in Richard Mourdock-like fashion, that children born of rape are “gift[s] from God.”

Kurcaba is just the latest in a long line of conservative politicians explaining why rape victims, once again, shouldn’t have control over their bodies.

Tell me again why West Virginians trust this man to vote on health care decisions?

February 6, 2015
No, Ken Ham, Atheists Are Not Spreading Misinformation About Your Noah's Ark Theme Park
Next Post