Mad Bill Donohue Demands Apology From Obama For the President’s Mention of the Crusades and the Inquisition February 6, 2015 Terry Firma

Trapped in a perpetual state of agitation and pique, Catholic League president Bill Donohue can no more swear off being angry than he can avoid moving his bowels.

He produced another steamer yesterday, regarding the National Prayer Breakfast, where President Obama condemned Islamic terrorism with these words:

“From a school in Pakistan to the streets of Paris, we have seen violence and terror perpetrated by those who profess to stand up for faith, professed to stand up for Islam, but, in fact, are betraying it.”

That’s not the problem; Donohue agrees with that. But what Obama said next made him turn purple.

“Lest we get on our high horse and think this is unique to some other place, remember that during the Crusades and the Inquisition, people committed terrible deeds in the name of Christ.”

Seems factual enough, right? Not to Donohue. He calls that sentence “ignorant,” “astounding,” and “pernicious” — and he demands an apology. 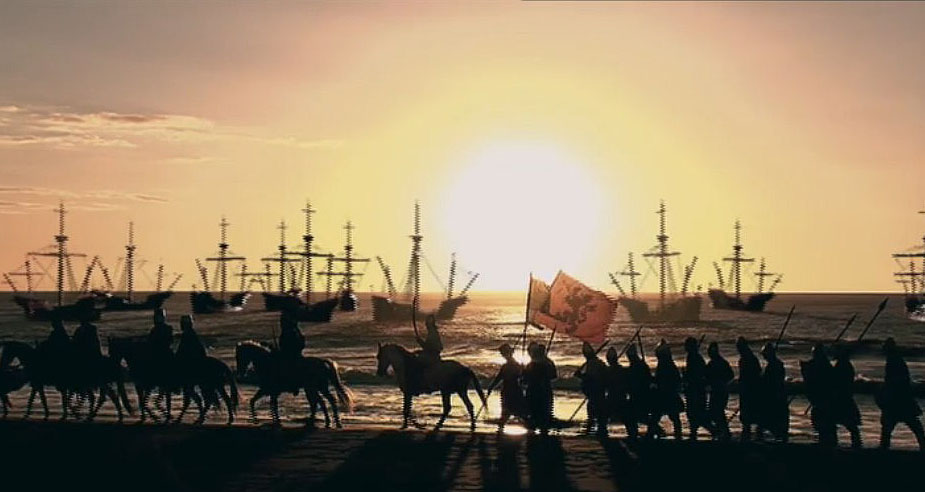 The Crusades were a proportional reaction to Muslim military aggression, Donohue argues,

“… and its purpose was to recover by war what had been lost by war — to free the holy places of Christendom and open them once again, without impediment, to Christian pilgrimage.”

He is right in saying that the Crusades didn’t appear out of nowhere. They were indeed, in large part, intended to beat back territorial encroachments by armies of Muslims. Donohue’s own words, however, betray that the liberation of the populations conquered and oppressed by the Mussulman invaders wasn’t the primary motive. The Crusades were a means of spreading Christianity and securing the Holy Land for followers of Christ. (There’s more on that fascinating topic in Rodney Stark‘s book God’s Battalions: The Case For the Crusades.)

But all of that is beside the point, because President Obama said nothing about whether the Crusades can be considered historically justified. He only remarked that during the Crusades, Christians did terrible things in the name of their savior. Which is indubitably true.

Crusades undertaken by ragtag armies of commoners, in years as far apart as 1096 and 1320, often resulted in anti-Jewish pogroms and massacres in France, England, Germany, and elsewhere. Multiple crusades carried out by official armies headed by kings and knights were marked by an unsettling bloodlust that matched or exceeded that of the Muslim marauders. Raymond D’Aguilers, a chronicler of the First Crusade, which lasted from 1096 to 1099, wrote approvingly:

Wonderful sights were to be seen. Some of our men (and this was more merciful) cut off the heads of their enemies; others shot them with arrows, so that they fell from the towers; others tortured them longer by casting them into the flames. Piles of heads, hands and feet were to be seen in the streets of the city. It was necessary to pick one’s way over the bodies of men and horses. But these were small matters compared to what happened at the Temple of Solomon, a place where religious services are normally chanted … in the temple and the porch of Solomon, men rode in blood up to their knees and bridle reins. Indeed it was a just and splendid judgement of God that this place should be filled with the blood of unbelievers since it had suffered so long from their blasphemies.

If that’s the kind of Christian behavior that Donohue deems worth defending, I hope he fully owns it.

Regarding the other fable, the Inquisition, the Catholic Church had almost nothing to do with it. The Church saw heretics as lost sheep who needed to be brought back into the fold. By contrast, secular authorities saw heresy as treason; anyone who questioned royal authority, or who challenged the idea that kingship was God-given, was guilty of a capital offense. It was they — not the Church — who burned the heretics.

In Dutch, my mother tongue, katholiek (catholic, with a small c) is an adjective that means shifty, evasive, disingenuous. It’s a prejudicial term, I realize, and I’d be happy to dispense with it forever if you’ll allow me to use it here a final time, as it seems tailor-made for Donohue’s loathsome apologia. His defense goes back to the days of the wretched Sir Thomas More, the 16th-century religious firebrand and statesman, of whom the essayist James Wood wrote,

More attempted to answer the charge of the reformers that it was not Christian for the church to burn heretics. The church did not burn people, replied More; the state burned them. This was strictly true, because the ecclesiastical courts tried heretics and the state courts sentenced them. But More’s language is disingenuous. The church, he writes, would never want to kill anyone. “It is not the clergy that laboreth to have them punished to death.” The “spiritual law” is “good, reasonable, piteous, and charitable, and nothing desiring the death of any therein.” The church asks the heretic to repent; if he does not, the church excommunicates him, at which point “the clergy giveth knowledge to the temporalty, not exhorting the prince, or any man else, either, to kill him or to punish him.”

Of course, this pathetic distinction scarcely made a difference to the Protestants who More sought to exterminate for the capital crime of reading the Bible in English rather than Latin. To deliver such men to the state executioner, and to delight in their being burned to death (as More did), is to incur moral if not judicial culpability. And so it was with More’s fellow torturers in Italy and Spain. To deny it is the very definition of being katholiek.

P.S.: Donohue wasn’t the only one who had steam coming out of his ears after Obama’s remarks.

“The president’s comments this morning at the prayer breakfast are the most offensive I’ve ever heard a president make in my lifetime,” said former Virginia governor Jim Gilmore (R). “He has offended every believing Christian in the United States. This goes further to the point that Mr. Obama does not believe in America or the values we all share.”

Twenty-one months till the next election, and already the manufactured-outrage machine is running in overdrive.

(Image via the History Channel)

February 6, 2015
Despite Challenge from Atheists, Judge Rules in Favor of Keeping the Pledge of Allegiance in New Jersey Schools
Next Post

February 6, 2015 Canadian Supreme Court Wisely Overturns Ban on Physician-Assisted Suicide in Certain Situations
Browse Our Archives
What Are Your Thoughts?leave a comment