The Canadian Supreme Court unanimously ruled today that patients with severe medical problems can (soon) legally ask their doctors to help end their lives. While it may take some people aback, this is a compassionate and courageous move that will allow people who are suffering to end life on their own terms: 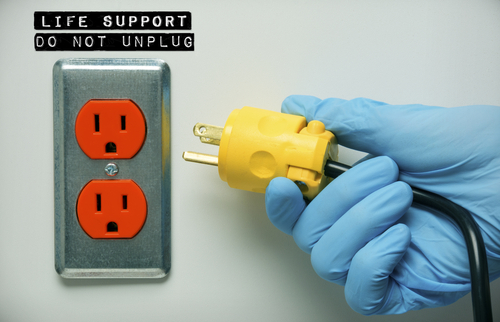 The ruling only applies to competent adults with enduring, intolerable suffering who clearly consent to ending their lives.

The court has given federal and provincial governments 12 months to craft legislation to respond to the ruling; the ban on doctor-assisted suicide stands until then. If the government doesn’t write a new law, the court’s exemption for physicians will stand.

You may recall Englishman Tony Nicklinson, a paralyzed man who wanted to end his life but was not allowed to, prolonging his suffering. He eventually died of pneumonia in 2012.

Andrew Copson of the British Humanist Association said this at the time and I think it applies now as well:

Mentally competent adults should be able to make decisions about their lives, as long as they do not result in harm to others. In cases where a patient is suffering incurably, is permanently incapacitated, and has made a clear and informed decision to end their life but is unable to do so independently, the law should allow a doctor to intervene.…

Most of these people have lived lives worth living and they wish to keep living them to the very point at which it becomes completely unbearable. Then they wish to die peacefully so their suffering doesn’t trap them in a daily nightmare of pain — a sort of hell on earth.

I would rather not have my ability to end my own suffering be at the whim of someone else’s romanticized imaginings of the supreme importance of living at any cost whatsoever. I want the freedom to determine when to end my life which is not controlled by any outside supernatural agency.

I agree with both. It’s just cruel to force someone to continue living against their will when they’re fully aware of their situation and there’s no hope of getting better. We’re so used to hearing about suicides coming as a shock to family members and friends… but the situations we’re talking about here often involve the person saying their final goodbyes and making the decision after consultation with their loved ones. Most of us will never get the opportunity to say goodbye because we don’t know when our lives will end. For those suffering patients who are ready to go, this decision will finally give them an opportunity to get closure and set their own expiration date.

February 6, 2015
Mad Bill Donohue Demands Apology From Obama For the President's Mention of the Crusades and the Inquisition
Next Post

February 6, 2015 A Conservative Christian Finally Admits His Faith Makes No Sense
Browse Our Archives
What Are Your Thoughts?leave a comment