I can’t understand what, you know, possesses these people.

When a woman in Toronto tried to get rid of her “demons,” the pastor she hired for the task did more demonstrable harm than the fantasy creatures that unnerved her. Police have now charged Pastor Wayne Marlon Jones with sexual assault and three counts of fraud.

A 53-year-old Toronto pastor is facing charges after police say he sexually assaulted a woman while performing exorcisms on her. 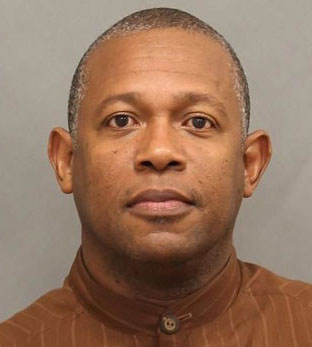 In addition to the sexual assaults, investigators say the pastor convinced the woman to give him money and property.

According to police, the man is a pastor at the United Spiritual Baptist Church…, and investigators say there may be more victims.

Exorcisms are alive and well. Practitioners do usually have a screw loose, it seems to me, and a few are a lot like Pastor Jones — aggressive predators. For instance, a French priest identified only as Father Christopher was arrested last year for multiple sexual assaults on three female teachers.

[H]e had first raped one teacher during an exorcism to purge her of the “evil” from a previous sexual assault. The priest used his “spiritual influence” to convince two other female teachers to undergo similar exorcisms, French daily Le Parisien reported. It said the victims had claimed that acts of torture had been committed using a broom, a toothbrush and scissors during the ceremonies.

Toronto police reiterated after the charges against Jones were filed that exorcisms are not illegal in and of themselves.

February 5, 2015
Mr. Deity Is Back... with Richard Dawkins (of The Shellfish Gene)
Next Post