For the First Time Ever, a Darwin Day Resolution Has Been Introduced in the Senate February 5, 2015 Hemant Mehta

For the First Time Ever, a Darwin Day Resolution Has Been Introduced in the Senate

A few days ago, Rep. Jim Himes (D-CT, below) introduced House Resolution 67 (a.k.a. the Darwin Day Resolution) to designate Charles Darwin’s birthday, February 12, as a national day to recognize “the importance of science in the betterment of humanity.” 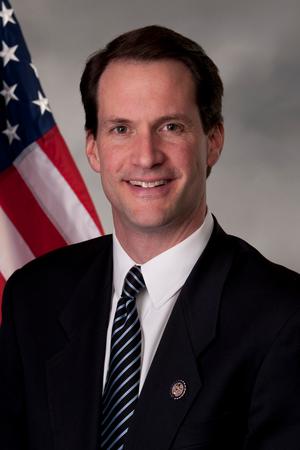 Now, Sen. Richard Blumenthal (D-CT, below) has introduced a companion bill in the Senate, making it the first time the Darwin Day Resolution has been introduced in that body. The text of S.Res. 66 hasn’t been released yet, but it should be pretty similar to the House version:

Expressing support for designation of February 12, 2015, as “Darwin Day” and recognizing the importance of science in the betterment of humanity.

Whereas it has been the human curiosity and ingenuity exemplified by Darwin that has promoted new scientific discoveries that have helped humanity solve many problems
and improve living conditions;

Whereas February 12, 2015, is the anniversary of the birth of Charles Darwin in 1809 and would be an appropriate date to designate as “Darwin Day”: Now, therefore, be
it

The Secular Coalition for America along with its Connecticut chapter worked with the Senator to make this happen.

“We are seeing a backlash against the benefits science has created for humanity — which highlights the importance for all of us to stand up in support of science and continued scientific progress,” Damerow said. “We applaud Senator Blumenthal for introducing this resolution and encourage other Senators to support it as well.”

“With climate change deniers endangering our environment and the anti-vaccination movement threatening our children’s health, there has never been a greater need for our politicians to stand up for science,” said Roy Speckhardt, executive director of the American Humanist Association. “Charles Darwin’s theory of evolution has made immeasurable contributions to science and humanity.”

These should be non-controversial resolutions as they have no legal weight, but I’m sure conservatives somewhere will be flipping out very soon.

This marks the fifth such resolution in Congress. Rep. Pete Stark (D-CA) introduced a Darwin Day Resolution in 2011, while Rep. Rush Holt (D-NJ) did it in 2013 and 2014. Stark was voted out of office in 2012, while Holt chose not to run for re-election last year.

February 5, 2015 Once Again, President Obama Defends Right to "Practice No Faith at All" at National Prayer Breakfast
Browse Our Archives
What Are Your Thoughts?leave a comment