But look at what this late-blooming beacon of morality did in his off-time:

A man who claimed to be an anti-porn crusader is facing new charges related to having sex with a minor. 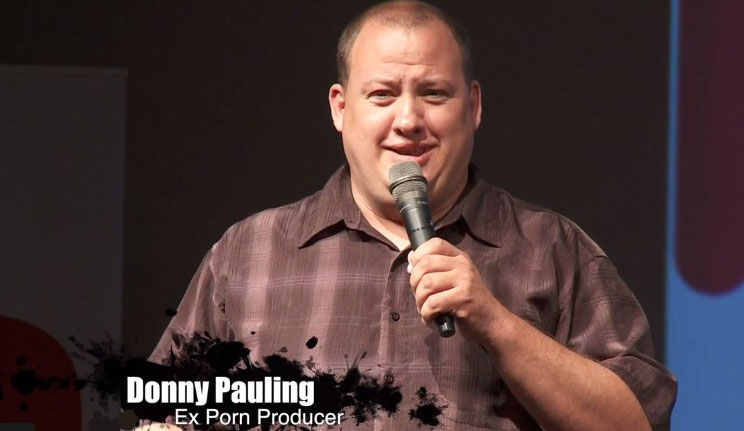 On Dec. 1, in connection to a different victim, Pauling was booked into custody on allegations of lewd acts with a child under 14, oral copulation with a child under 14 and unlawful intercourse, according to the Sutter County Sheriff’s Department. At that time, sheriff’s Lt. James Casner said a woman and her 16-year-old daughter reported that Pauling had been having sex with the girl since she was 13 years old.

Pauling had his preliminary hearing in connection to the first victim Thursday, Jan. 30. … In September 2014, Pauling spoke at the St. Isadore Catholic Church in Yuba City, just a few months before his arrest.

I’m extremely proud to be a good father to a wonderful son. He lights up my life. Until having a child, I wonder if it’s even possible to fully comprehend what it means to love another person. I thank God (and my son’s mother) for the opportunity to experience such love.

With a forgiving God who always has your back no matter your transgressions, it must be easy to shrug off any and all culpability, and gloss over the fact that other parents love their kids too. I have two (soon to be three) lovely, bright girls. No doubt, I’d end up in a dark and heavy mental place if some sicko assaulted them; and I think my mood would get darker and heavier still if that person had made a career out of falsely peddling his own divine redemption.

Here is footage of Pauling doing his praise-Jesus-I’m-better-now schtick. Let’s hope no footage slips out of what he did to his victims.

February 4, 2015
If Republicans Pass This Bill, There Will Soon Be State-Sponsored Religious Discrimination in Indiana
Next Post