When beheadings turn a little too run-of-the-mill, the so-called Islamic State has other ways to prove what an irredeemably atavistic bunch of barbarians they are — all “in the name of God, most merciful, most compassionate,” of course.

ISIS militants released a video on Tuesday purporting to show a captive Jordanian pilot being burned alive in a cage, just days after the militants beheaded a Japanese journalist. 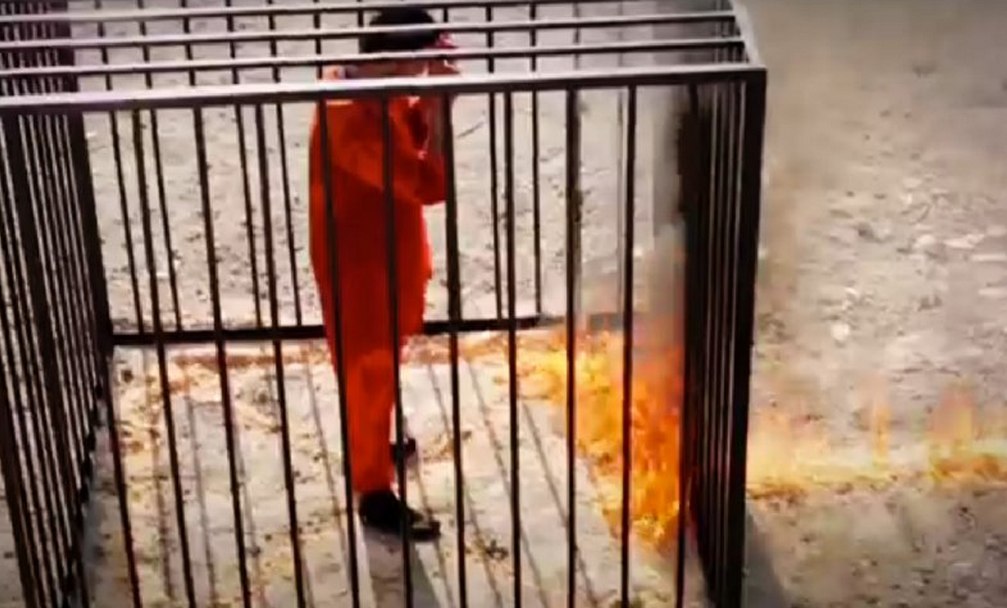 A 22-minute video released by the al-Furqan Media Foundation — one of the official media arms of ISIS — shows Kasasbeh with a black eye at a table and later, standing in a cage as he is burned alive. …

One militant lights a torch and a trail leading toward a cage holding the jumpsuit clad Kasasbeh. The pilot raises his hands to his head and screams as he is engulfed by flames. A tractor then dumps rocks and sand onto the cage to extinguish the blaze.