These Parents Oppose Vaccines for Reasons That Should Disturb Us All February 1, 2015 Hemant Mehta

These Parents Oppose Vaccines for Reasons That Should Disturb Us All

In a very disturbing story in the New York Times, we hear the perspectives of several parents who refuse to vaccinate their kids — and put everyone else at risk — for reasons that make no sense or just don’t exist: 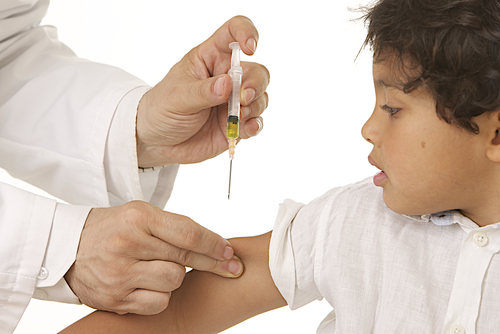 “There is absolutely no reason to get the shot,” said Crystal McDonald, whose 16-year-old daughter was one of 66 students sent home from Palm Desert High School for the next two weeks because they did not have full measles immunizations.

After researching the issue and reading information from a national anti-vaccine group, Ms. McDonald said she and her husband, a chiropractor, decided to raise their four children without vaccines…

They had me at chiropractor.

Missy Foster, 43, said she had not vaccinated her daughter, Tully, who is now 18 months old, against measles because of concern that the M.M.R. vaccine — which stands for measles, mumps and rubella, or German measles — might be associated with autism.

“It’s the worst shot,” she said, with tears in her eyes. “Do you want to wake up one morning and the light is gone from her eyes with autism or something?”

As the article makes clear, there’s no evidence of that vaccine/autism link. None. Never had been.

As Ciel Lorenzen, a massage therapist, picked up her children, Rio, 10, and Athena, 7, at Lagunitas Elementary, she defended her choice to not vaccinate either of them, even as health and school officials urged a different course.

“It’s good to explore alternatives rather than go with the panic of everyone around you,” she said. “Vaccines don’t feel right for me and my family.”

And dying of preventable diseases doesn’t feel right for mine.

This is the problem we’re up against. Anti-vaccine parents are not just misinformed and gullible, they’re fully convinced that giving their children these shots would cause irreparable harm. Once that idea sets in, no amount of evidence will convince a parent to act otherwise.

Their emotions matter more than your health.

(Image via Shutterstock. Thanks to Sue for the link)

February 1, 2015 Who Cares What Celebrity Atheists Have to Say?... Asks Columnist Who Has Nothing Interesting to Say
Browse Our Archives
What Are Your Thoughts?leave a comment