For more than 40 years, courts have decided whether a certain action violates the principle of church/state separation by applying the Lemon Test. There are three parts to it: 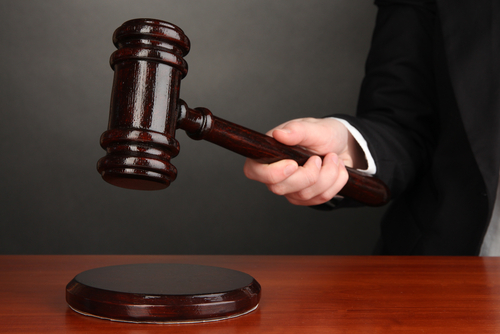 1) The statute must not result in an “excessive government entanglement” with religious affairs.

2) The statute must not advance or inhibit religious practice

3) The statute must have a secular legislative purpose.

That’s it. It’s that simple. If any of those three prongs are violated, the statute is considered unconstitutional and in defiance of the Establishment Clause.

And now, the Christian right group Liberty Counsel wants to do away with the test because they think it hampers their ability to foist Christianity on the rest of us. In an amicus brief filed in response to the case of Felix v. Bloomfield — in which Wiccans are suing the city of Bloomfield, New Mexico over a Ten Commandments monument on city property — attorney Mat Staver explains how, because we’re totally a Christian nation, government officials should be allowed to put up Christian displays:

Lemon has proven incapable of separating a real threat from a harmless shadow, an establishment of religion from an acknowledgment.

Instead of continuing to patch up Lemon, this Court should undertake an objective analysis for Establishment Clause challenges of government observances and displays. If a religious observance or display (1) comports with history and ubiquity, and (2) does not objectively coerce participation in a religious exercise or activity, then it is a permissible acknowledgment of religion, not a violation of the Establishment Clause.

In short, if the Supreme Court sides with Liberty Counsel, it could theoretically allow explicitly Christian displays (like Ten Commandments monuments) on government property while simultaneously banning displays by other groups… because some of the Founding Fathers were Christian.

It would be a disaster for anyone who’s not in the Christian majority — the people Liberty Counsel doesn’t give a damn about because their rights don’t matter.

This reeks of desperation to me. Now that atheist and Satanist groups have shown they will counter religious monuments by paying for their own displays, Christian groups no longer have a monopoly in that arena. They had it for decades, but everyone else is finally calling them out on it — and winning.

People like Staver can’t handle not being a special little snowflake. So he’s trying to get judges to carve out an exception for him — it’s not like Muslims, to name one group, can make a claim to American tradition.

You know, for groups that love to whine about supposed “activist judges,” they’ll do everything they in their power to get the judges to circumvent the Constitution in their favor.

(Image via Shutterstock. Thanks to Louis for the link)

January 31, 2015
Suspected Serial Killer of 20 Victims, Now in Custody, Says God Instructed Him To "Cut Off Children's Heads"
Next Post

January 31, 2015 This Christian Radio Station Airs Public School Children Saying the Pledge and No One's Complained... Until Now
Browse Our Archives
What Are Your Thoughts?leave a comment