Stephen Fry Will Be on Irish TV This Sunday, Attacking God. Watch the Interviewer’s Priceless Face in This Clip January 30, 2015 Terry Firma

Stephen Fry Will Be on Irish TV This Sunday, Attacking God. Watch the Interviewer’s Priceless Face in This Clip

The thing I like most about this Irish TV interview with comedian, writer, and atheist Stephen Fry is the face of famed host Gay Byrne. As Fry tears into the Christian God for creating a world that needlessly includes pervasive suffering and misery, Byrne, lips pursed and looking away, appears to get more than a bit uncomfortable.

But he asked for it — literally. After all, his question to his guest was what Fry would say if he died, ascended to heaven, and met God. 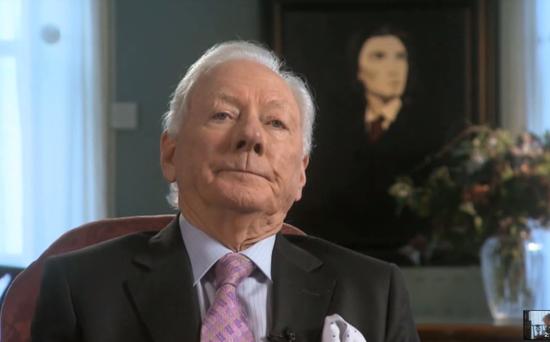 I’ll say, ‘Bone cancer in children? What’s that about? How dare you! How dare you create a world in which there is such misery that is not our fault? It’s not right. It’s utterly, utterly evil.’ Why should I respect a capricious, mean-minded, stupid God who creates a world which is so full of injustice and pain?

Byrne implies that Fry won’t get in with that kind of attitude, to which he replies,

No, but I wouldn’t want to. I wouldn’t want to get in on his terms. They’re wrong. Now, if I died and it was Pluto, Hades, if it was the 12 Greek gods, then I would have more truck with it. Because the [Greek gods] were — they didn’t pretend not to be human in their appetites, and in their capriciousness, and in their unreasonableness. They didn’t present themselves as being all-seeing, all-wise, all-kind, all-beneficent.

…[T]he [Christian] God who created this universe, if it was created by God, is quite clearly an utter maniac. Totally selfish. We have to spend our life on our knees, thanking him? What kind of God would do that?

Atheism is not just about believing that there is no God, but on the assumption that there is one, what kind of God is he? It’s perfectly apparent: He is monstrous, utterly monstrous, and deserves no respect whatsoever. The moment you banish him, your life becomes simpler, purer,  cleaner, and more worth living, in my opinion.

If you can get the broadcast, the program is called, grandly, the Meaning of Life (I would’ve thought that title was taken); it’s slated for Sunday evening 10:30 GMT.

January 30, 2015 Actress Julianne Moore Briefly Mentions Her Atheism in an Interview
Browse Our Archives
What Are Your Thoughts?leave a comment