Reverend Roy Harriger Guilty of Sexually Assaulting His Own Grandchildren… But Luckily, God Has Forgiven Him January 30, 2015 Terry Firma

Reverend Roy Harriger Guilty of Sexually Assaulting His Own Grandchildren… But Luckily, God Has Forgiven Him

This news article tells us only half of what’s relevant.

Jurors in Orleans County [New York] have found a pastor guilty of molesting two of his own grandchildren.

Roy Harriger, 71, most recently the pastor of a Niagara county church, is accused of molesting three of his grandchildren when they were little kids [he was found not guilty on charges relating to the third child]. This happened more than 12 years ago when he was a pastor of a church in Lyndonville in Orleans County. 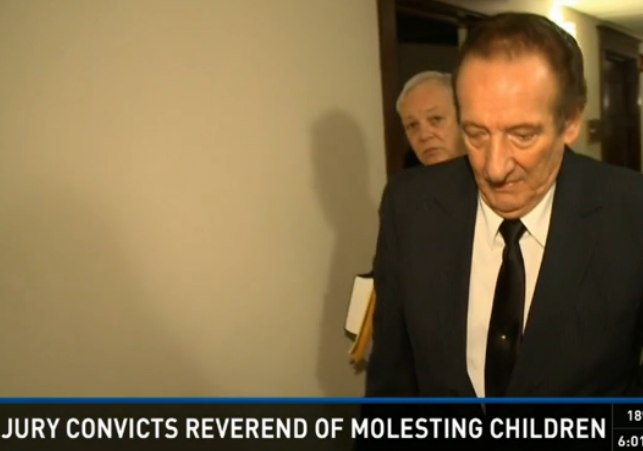 Unusually enough, Harriger is a free man until he is sentenced in eight weeks. That’s all the more remarkable because his own sons say he molested them, too; and because the judge is presumably aware of an active police investigation into another (presumably more recent) instance — or instances — of Harriger raping a child.

And that’s in addition to this tidbit:

Another 15 people in three states signed affidavits last year alleging that they had also been molested by Harriger as children. But most of those cases were ruled to be past the statute of limitations.

Harriger’s lawyer asked one of the sons in court why he’d had no qualms about letting the elder Harringer babysit children.

“So your testimony is that you continued to expose your children to the person that sexually abused you a generation before?” the defense attorney asked.

“I was a child then, he told me he had been possessed by demons, but that God had forgiven him,” the son replied. “He vowed he would never hurt anyone like that again, and that he would spend his life making up to what he’d done. I believed him.”

It’s beyond sad (make that outrageous) that more children had to suffer for those twin beliefs — not only that Harriger was a changed man, but that he had God’s forgiveness to back him up.