An unidentified man who had come down with the measles has possibly infected unvaccinated children in and around Fresno, California.

Measles, unpleasant for adults but frequently deadly for children, is a highly contagious disease. The virus spreads through the air. Everyone over the age of 12 months can and should be vaccinated against it. Infants, doctors say, should not.

Tell it to this guy.

The Fresno County Department of Health said there is a confirmed case of measles in Fresno County. Health officials said the infected person, a man in his 40’s, visited the labor and delivery floor of Community Regional Medical Center. 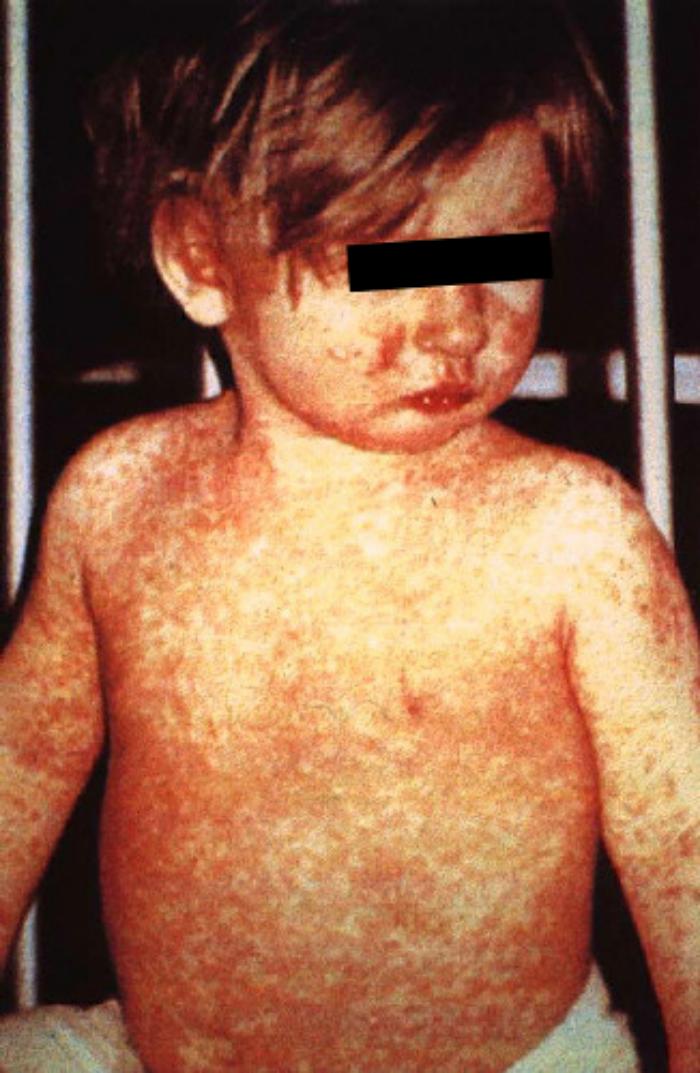 The carrier visited other places where there are lots of kids around.

In his defense: He may not have known he had measles. Symptoms of the disease usually don’t appear for one to two weeks after a person is infected.

Definitely not in his defense: Hey, shithead, we’ve had an unbelievably effective vaccine for more than fifty years. Use it.

Measles was declared eradicated in the United States fifteen years ago, but the CDC says there were 63 confirmed cases of measles in 2010, and 187 in 2013. The most recent CDC report I could find covers January 1 through May 23 of last year. During that period, 288 known cases of measles were tallied, adding up to a 20-year high. If that level held for the year, we ended 2014 with 700 cases. Apparently, we were already up to almost 600 reported cases by early September.

The CDC found that

In the three largest outbreaks of 2014, which account for over a half of all cases this year, transmission occurred after introduction of measles into communities with pockets of persons who were unvaccinated because of philosophical or religious beliefs.

Nearly 70 students from a Riverside County, Calif., high school will miss up to seven days of classes because they haven’t been immunized for measles. Since the … students haven’t been immunized, they need to avoid classes until Feb. 9 unless they confirm they’ve received immunization or show proof of resistance as determined by a Titer test.