Christian Columnist: If Delaware’s Governor Can Issue a Darwin Proclamation, Bobby Jindal Can Have a Prayer Rally January 29, 2015 Hemant Mehta

Christian Columnist: If Delaware’s Governor Can Issue a Darwin Proclamation, Bobby Jindal Can Have a Prayer Rally

The other day, I posted about how Delaware Governor Jack Markell issued a proclamation in honor of Charles Darwin‘s birthday recognizing his accomplishments. 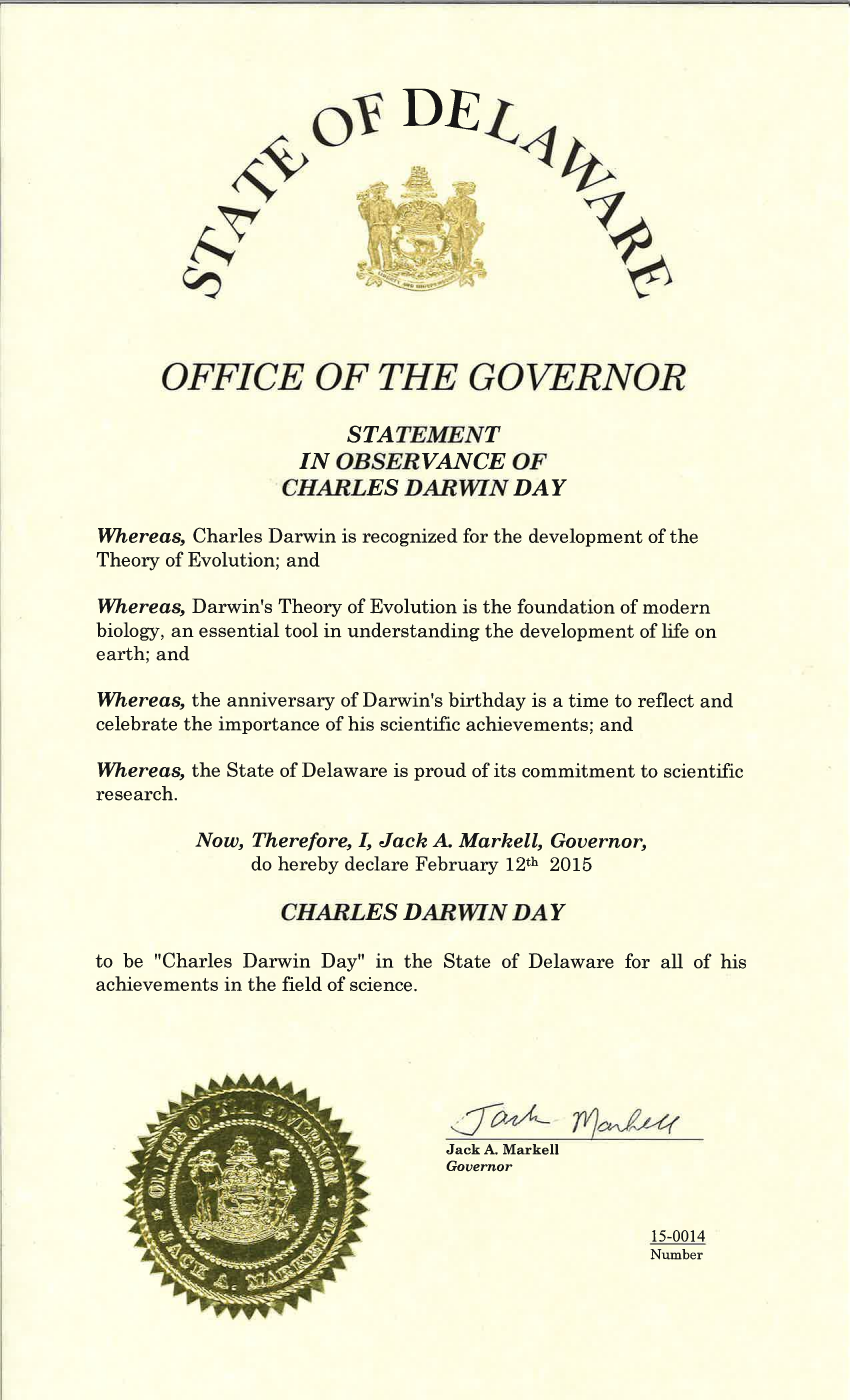 Charisma‘s Jennifer LeClaire points out that Christians haven’t flipped out about it, so atheists should let prayer rallies slide, too:

… no one is persecuting Markell for his godless move. But let former Texas Gov. Rick Perry or Louisiana Gov. Bobby Jindal pray in the name of Jesus in a public setting and all hell breaks loose.

That’s an awful argument made by someone who lives and breathes ignorance.

Markell, who’s Jewish, isn’t “godless” (not that that would be a problem). And his office issues these proclamations to pretty much any group that goes through the process — including religious groups. Christians do it all the time. The proclamations have no legal weight. They’re just nice to have for the groups requesting them.

Meanwhile, the prayer rallies are a signal from those politicians that only Christians matter and they take the Bible far more seriously than they take the Constitution. Those rallies have political repercussions that make their way into policy decisions. That’s why we take them seriously.

But what was LeClaire saying again?

I’m all for free speech and freedom of religion, but it seems some other religions — or the religion-less, secular humanists and atheists — are threatened by Christians who pray in the name of Jesus. That always surprises me, given they don’t believe there’s any God listening or answering anyway. Atheists should be glad Jindal is praying. I pray that God will encounter the hearts of atheists in an unprecedented way this year.

Again, where do you even start…?

It’s not that these politicians are Christian that we have a problem with. It’s that they want to promote their faith through their positions. They think the Bible alone should be the guidebook in a pluralistic society.

And I don’t know why I should be glad that Jindal is praying. Seems like a remarkable waste of time.

Here’s the kicker from LeClaire, though, and it’s about the proclamation:

Atheists love Darwin and his theory of evolution, which claims humans evolved from lower life forms. The problem with that theory, of course, is that it defies Scripture.

In other words, the problem with the overwhelming amount of evidence for evolution is that it defies a work of fiction that many Christians take literally.

This is the sort of mindset we’re up against in our society.

You can hardly ever talk reason into people like that; you just have to hope that pointing these things out reaches an audience that might be more accepting of it.

January 29, 2015
Town of Greece (NY), Center of Supreme Court Ruling, Will Have Two Atheists Delivering Invocations This Year
Next Post