Pastor Creates a Fake “World-Renowned” Atheist To Rail Against, and Imagines Him Abandoning His Godless “Faith” January 26, 2015 Terry Firma

Pastor Creates a Fake “World-Renowned” Atheist To Rail Against, and Imagines Him Abandoning His Godless “Faith”

For the lazy and the dishonest, creating a straw man is a great shortcut to winning an argument. You can ascribe to your opponent whatever twisted view you have of his beliefs, without bothering to make sure that it accords with reality.

The craftiest practitioners of the genre may subsequently claim that they were only engaging in satire, which may make criticism of the fudged-together fantasy less potent, as violators find easy refuge in saying “What’s the matter, can’t you take a joke?”

Which brings me to Bo Wagner, a pastor in Mooresboro, North Carolina, who is also a professor of 15 years at Carolina Bible College. Wagner is the author of a satirical article about atheism that is currently doing the rounds in some Southern newspapers and websites.

Count along as we trudge through Wagner’s fiction while keeping an eye out for inanities, lies, and half-truths. I originally thought we should do this as a drinking game, but I wouldn’t want you to booze yourself into a stupor.

The news world experienced some shock waves yesterday when one of the most religious men in the world renounced his faith: Farhis O’Hare, world-renowned atheist, has left the faith.

Ah, the musty old chestnut that atheism is itself a religion. It’s been debunked an incalculable number of times. Unlike religionists, atheists have neither gods nor observances nor holy books (try it: burn The God Delusion and the godless will laugh rather than riot).

If atheism is a “faith,” being bald is a “hairstyle” and abstinence is a “sex position.”

“My religion was precious to me,” he said, “as much or more so than any Christian or Muslim or Jew. Faith in the absence of God always brought great comfort to my heart. Faith in the theory of evolution did too.”

Depending on whose numbers you prefer, 97 percent to 99.8 percent of scientists who study the development of living things have signed onto the “theory” of evolution, with the vast majority of them rejecting Creationism. Science shouldn’t be and isn’t unassailable, but this matter is hardly up for grabs. Faith is not required to affirm that evolution is real, any more than it must be taken on mere faith that 15 is greater than 5, that owls exist, or that there are hats (with thanks to John Oliver).

O’Hare tried very hard to hold onto his religion. “I wanted to keep believing, I really did. But faith just became so hard for me. Every time I turned around the ‘science’ was changing. First the universe was 20 million years old, then a billion, then 4 billion, then 16 billion, and now 20 billion. It finally dawned on me that people just threw figures around without any evidence. That hurt me; I really did have lots of faith in my favorite scientists, my ‘gods,’ I guess you would call them.”

I have no idea where Wagner gets his facts, but the time that passed between the Big Bang and our age is believed to be roughly 14 billion years. It’s been about two centuries since a majority of scientists thought that the universe was only millions of years old. Since then, pinpointing its age has certainly required revisions and re-calculations. This was due first to the findings of scientists like Edwin Hubble, Georges LeMaître (a priest, no less), Max Planck, and Albert Einstein; and then to the advent of space-traveling telescopes, other modern state-of-the-art instruments, and manned space flights.

How are these revisions a bad thing? In an iterative, open, self-correcting process, scientists add new data sets to existing ones. In doing so, they are, on the whole, prepared to rethink everything, from details to fundamentals. This is precisely what makes the scientific method so much better than the cookbook approach of religions, whose rigidities and calcifications are built right into their ostensibly inerrant founding texts.

If some of the prevailing scientific thought of hundreds of years ago was wrong, must everything that science has to offer now be viewed with airy skepticism or even distrust? I assume that if Bo Wagner were to fall ill, he’d eagerly avail himself of MRI services and targeted cancer therapies, rather than relying on bloodletting, phrenology, or buttock cupping. 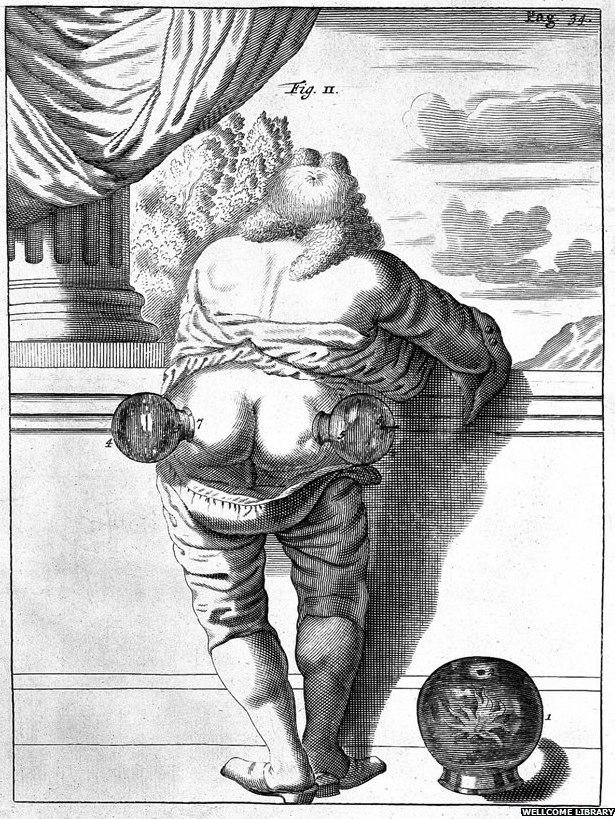 O’Hare did not go down easily. “I worshiped very hard. I suppose I was really just trying to convince myself,” he said. “I always attended lectures on atheism, even when I would rather have been on the lake fishing.”

Wait — I thought atheists were supposed to be devil-may-care hedonists, always looking for instant pleasure?

Your mileage may vary, but I’ve never been to a lecture on atheism in my life. I don’t believe attending one is necessary to become a non-believer. Now, I have been to church services a number of times, and found the experience stifling and depressing without fail. Even some of the regulars seemed to think so (the children, especially). When it comes to the socially-enforced attendance of boring, high-minded lectures — or sermons — I’ll bet that believers have atheists beat a thousand to one.

“I gave my offerings (donations to liberal causes) regularly.”

Me, I’m not a liberal. But I’d much rather paint “Michael Moore is God” on my car than embrace the nauseating brand of Christianity that holds that, no matter how desperately poor you are, generous tithing is mandatory. The pastors in question will also tell the faithful that if they don’t tithe, that’s robbing God, and the Almighty’s curse upon the non-tithers “cannot be removed by your good works or the fact that you are born again.”

So for millions of people, the choice is to pay up or live the rest of their lives in mortal fear.

When I donate to good causes, it’s never because the recipients have threatened or blackmailed me. Call me crazy, but I think my kind of giving is healthier.

[Said O’Hare,] “I even prayed.” When queried about whom he would have to pray to, O’Hare got a bit sheepish. “To me,” he whispered, explaining that, since he had believed there was no God, that made him (and any other human) the final authority, and thus, a god himself. “I have to admit, it is a bit awkward at first, but after a while you just learn to refer to yourself in the second person as you pray. After a while, you can really get into it.”

Atheists pray. To themselves, even. Who knew? I guess we’ll just have to take it on Bo Wagner’s say-so.

In addition to the billions of years simply spoken into existence as the need arose, O’Hare also stumbled in his faith because of the inconsistency of life among other believers. “They claimed not to believe in God, but when their children’s mother died, they told the kids she was ‘in a better place.’“

Of course, that’s not what atheists believe. Nor will they say it, unless — let’s hope — they’re kind enough to not sneer at acutely grieving children that Heaven is a lie and that mommy is nothing but worm food.

“They claim to believe the survival of the fittest, but then get angry when their kid gets bullied by a bigger kid. They say there is no absolute truth, but they blow up when someone lies to them. Do you want to know why I stopped believing? I left the [atheist] faith because of the absolute hypocrisy of so-called believers.”

Bullying is wrong, as is lying. Very few atheists would contest it. Some particularly prominent ones write books full of moral and philosophical arguments against lying and other bad behaviors. Wagner’s dumb if too-common accusation is that atheists have no basis for discerning right from wrong. He couldn’t be more off the mark. I explained it here.

I’ve seen satirical jabs at atheists that made me laugh. Bo Wagner’s attempt, with his not-so-cracking wit dulled by bigotry, falls a tad short by comparison. His prose isn’t funny — but it sure smells that way.

January 26, 2015
Make Your Own Beard for Darwin Day
Next Post