If You Can Create a Likable Atheist Character, You Could Win Up to $25,000

Last year, I posted an image created by reader Nick Pisca all about how fictional atheists on television seemed to always be so damn unlikeable: 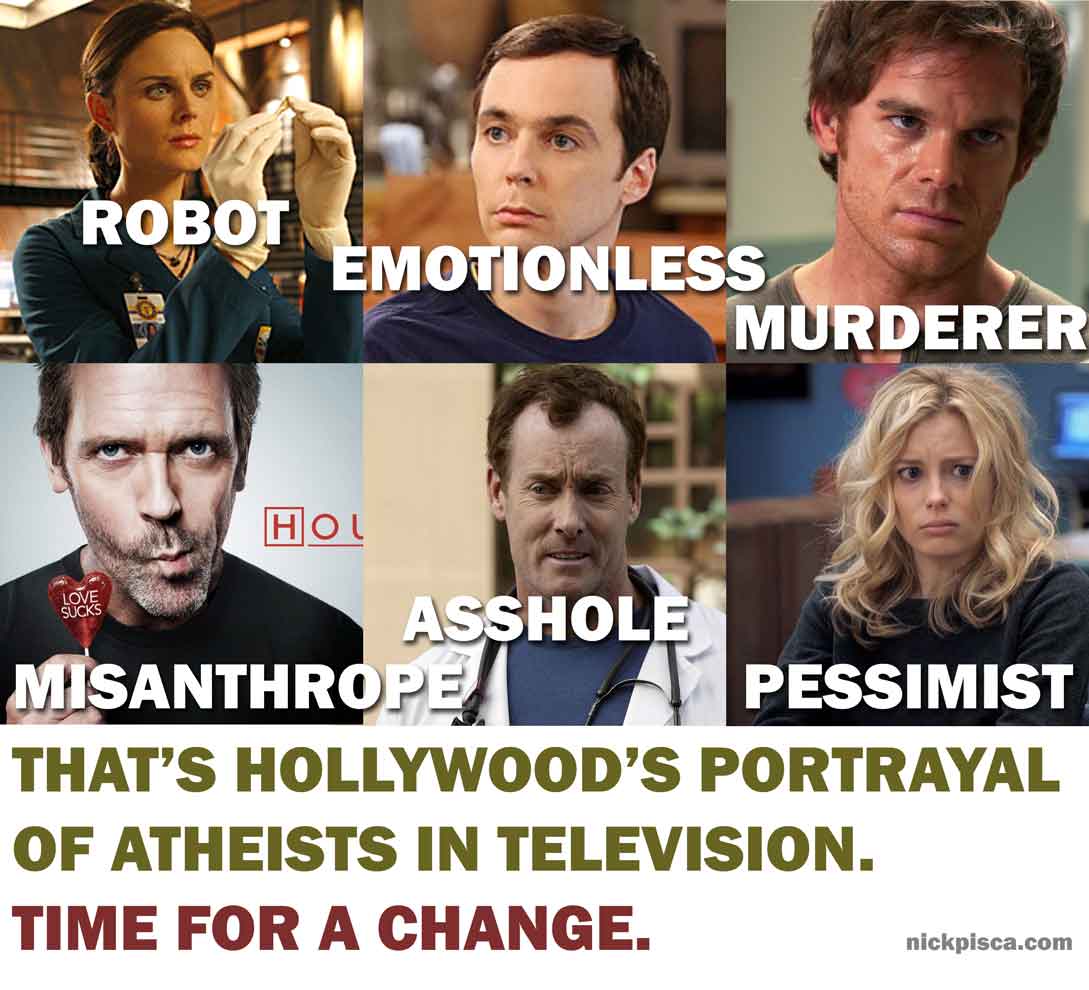 To be fair, there are some atheists on TV who are genuinely likable, but you could probably count them all on one hand.

Now, the Freedom From Religion Foundation and the Center For Inquiry are trying to alleviate that problem. They’re sponsoring a contest in which someone who creates a fictional, likable atheist could win a *lot* of money:

The No God But Funny contest is looking for laughs. “Contribute to the downfall of civilization by writing a sitcom and/or producing a webisode that features a likeable atheist,” for a chance to win $15,000 (for a sitcom) or $25,000 (for a produced webisode).

There are two ways to win:

All the information you need is right here. Good luck!