Last week, I posted about the new rugs in the Pinellas County Sheriff’s Office (in Florida), which cost $500 and contained a rather notable misprint: 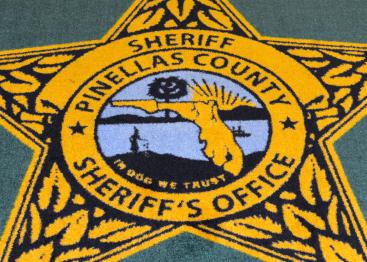 The office smartly decided to auction off those rugs and donate the money to charity called Canine Estates, Inc.

The bidding ended yesterday at a whopping $9,650.

The winning bidder, whose handle is masb1955, is still anonymous.

(Image via OnlineAuction. Thanks to Brian for the link. Portions of this article were published earlier)