After the Seattle Seahawks got away with an unlikely victory over the Green Bay Packers last weekend to send them to the Super Bowl, quarterback Russell Wilson had a perfectly rational explanation for his four interceptions and mostly-awful performance for the majority of the game: 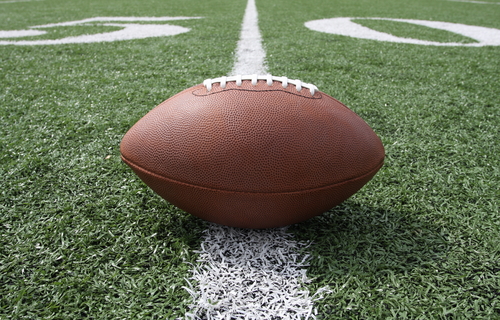 “That’s God setting it up, to make it so dramatic, so rewarding, so special,” he said, alone for a moment in the locker room before heading out for the night. “I’ve been through a lot in life, and had some ups and downs. It’s what’s led me to this day.”

Riiiight. That’s one way of deflecting the attention from your poor play… while suggesting that God hates Brandon Bostick.

Wilson is like Tim Tebow when it comes to thanking God for anything and everything, no matter how ludicrous it sounds, so this is no surprise. But someone remember to bring it up after the Seahawks lose next week.

Meanwhile, Packers quarterback Aaron Rodgers was asked (unrelated to Wilson’s comments) about whether God had an impact on the game.

His answer made at least a little more sense:

I’ll hand it to Wilson: He found a way to get me to root for the Patriots. I didn’t think that was possible.

January 22, 2015
Rep. Keith Ellison Invites Tony Perkins to Visit Minneapolis and See That It's Not Under Sharia Law
Next Post

January 22, 2015 Christian Files Religious Discrimination Complaint After Baker Refuses to Write "God Hates Gays" on Cake
Browse Our Archives
What Are Your Thoughts?leave a comment