A new survey from the Public Religion Research Institute (in partnership with Religion News Service) reveals that *way* too many Americans still think God has a vested interest in their favorite sports team:

The survey also found that church is only slightly more popular than football on a given Sunday: 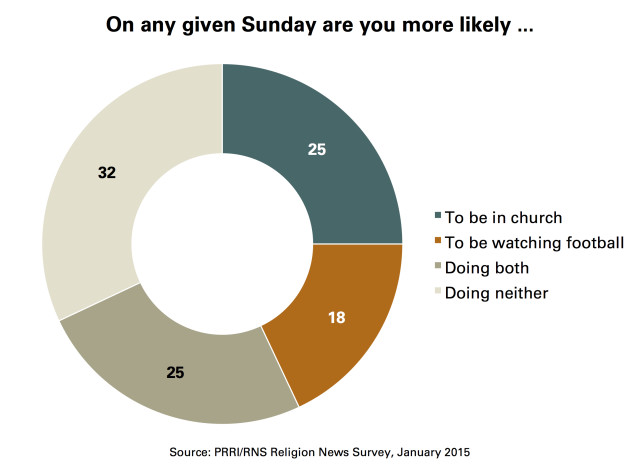 The numbers aren’t actually too far off from where they were last year. Still disturbing, though, that people think this way.

On a another note, I think this means Roger Goodell has done more than Richard Dawkins to lure people out of church. Forget the New Atheists. Long live the NFL.

January 22, 2015
Richard Dawkins' Next Book Finally Has a Title and Release Date
Next Post