After spreading the falsehood that Paris has “no-go zones” for non-Muslims, Fox News is facing the wrath of Anne Hidalgo, the French capital’s mayor, who says that Fox has insulted her city and should have to defend itself in court. 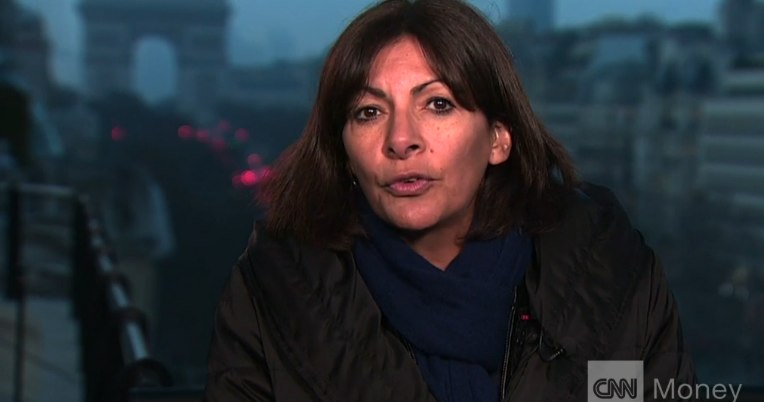 Hidalgo’s comments about a lawsuit came after a series of Fox segments suggested there are parts of Paris and other European cities where Islamic law is practiced and where police are fearful to work. The “no-go” zone segments were widely mocked and challenged as inaccurate, particularly by French media outlets. …

One Fox show, for example, displayed an inaccurate map of the alleged “no-go zones” in and around Paris. On another show, a guest who was identified as a security expert claimed that Birmingham, England is a “totally Muslim city where non-Muslims don’t go in.”

British Prime Minister David Cameron was also less than impressed by Fox’s unfortunate way with the facts. His reaction when he heard Birmingham described as an Islamic city that excludes non-Muslims:

“I choked on my porridge and I thought it must be April Fools Day.”

Fox has acknowledged the serial screw-ups, and anchors made attempts to wash the egg off the newsroom’s proverbial face.

With regards to Paris, “some of the neighborhoods were highlighted incorrectly,” host Anna Kooiman said. At another point, Julie Banderas issued a blanket apology to “the people of France and England.”

As for Hidalgo’s feisty “see you in court” response, legal action is unlikely to be successful in a U.S. court.

[M]edia law experts said that in the U.S., where Fox is based, a lawsuit for defamation filed by a city would likely be tossed out right away.

French courts probably don’t offer much recourse for the irate mayor either. Fox News “has limited presence there, leaving the justice system with limited leverage over the company,” says CNN. Also,

Hidalgo will have to content herself with the fact that Fox turned itself into a laughingstock once again.

January 21, 2015
Contest Winner: If You Don't Say the Pledge of Allegiance, You're Destroying America
Next Post