A new billboard up in Riverside, California marks the launch of the Inland Empire Coalition of Reason, made up of seven separate organizations: 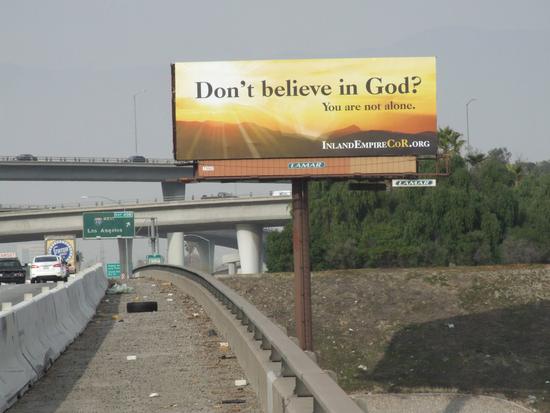 Reaching out to the like-minded isn’t the only goal of the effort. “We want people to know that nontheistic folks like us are a regular part of communities all over the area,” added Jan Goings, coordinator for Inland Empire CoR. “Nontheists are your friends and neighbors, your coworkers and family members. Our non-theistic community focuses on service, and we care deeply about bringing justice and help to others: being good without a god.”

The billboard, which will be up for a month, cost $6,500 and was funded by the United Coalition of Reason, a group that has now placed signs in 39 states in addition to the District of Columbia.

January 21, 2015
The Three Words No President Has Ever Said In a State of the Union Address
Next Post