Sikh Group Wants Ban on “Hurtful” Movie, or Theater Owners “Will Be Responsible For the Consequences” January 20, 2015 Terry Firma

Sikh Group Wants Ban on “Hurtful” Movie, or Theater Owners “Will Be Responsible For the Consequences”

Remember the protests by atheists in front of theaters showing God’s Not Dead, a movie that portrays non-believers in a bad light? Remember the demands for a ban, the shoving matches with theatergoers, the destruction of ticket machines and popcorn stands, and the ugly beatings?

Other groups sometimes do things a little differently from us, though.

Case in point: The recent Indian film Messenger of God. The flick is offensive to a lot of Sikhs, mostly because it stars Gurmeet Singh Ram Rahim, the head of a blasphemous (to Sikhs) sect called the Dera Sachcha Sauda. I wrote about the kerfuffle last month. 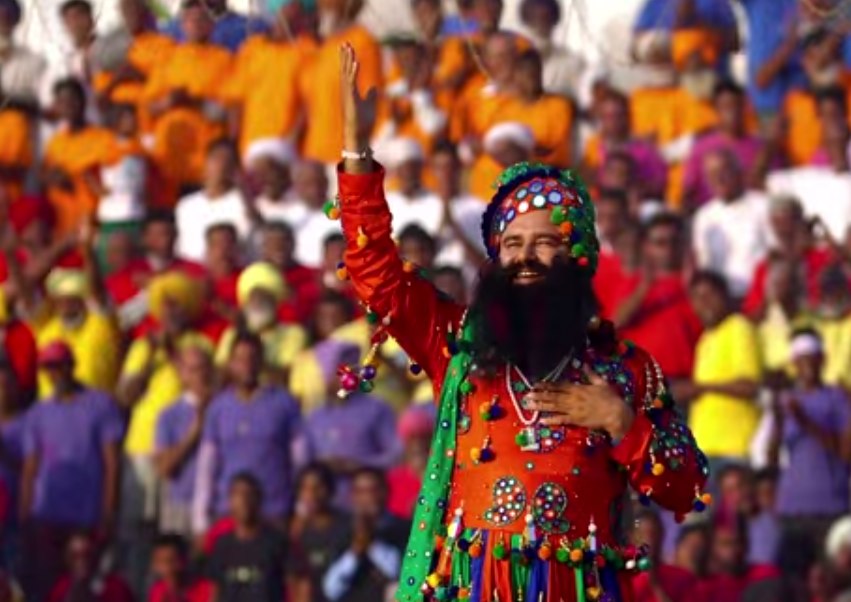 The bad blood persists, and now one Sikh organization is calling for a ban — and making veiled threats that sound vaguely familiar.

We want a ban on the movie… we are strongly against the movie, which if released, can cause tension in the society and hurt religious sentiments of many sections,” Jagdish Singh Jhinda, President of Haryana Sikh Gurudwara Management Committee (HSGMC), said.

He warned that if the film is screened by any of the theatre or multiplex in Sirsa or elsewhere in Haryana, it will be the owners who will be responsible for the consequences.

Where have we heard that kind of reasoning before?

Mr. Singh speaks like a wife-batterer who sees his violent handiwork and gets mad all over again: Look what you made me do!

No one is forced to buy a ticket to see Messenger of God, so it’s already a stretch to call for a ban. To threaten violence on top of that (or to say that if violence breaks out, it’s just desserts for blasphemers) goes from delusional self-importance to borderline incitement.

Religionists who harm theater owners showing a contested film are responsible for their own actions. No amount of victim-blaming will change that, although a case can be made that frenzy-peddling yahoos like Jagdish Singh Jhinda must shoulder much of the disgrace and some of the culpability.